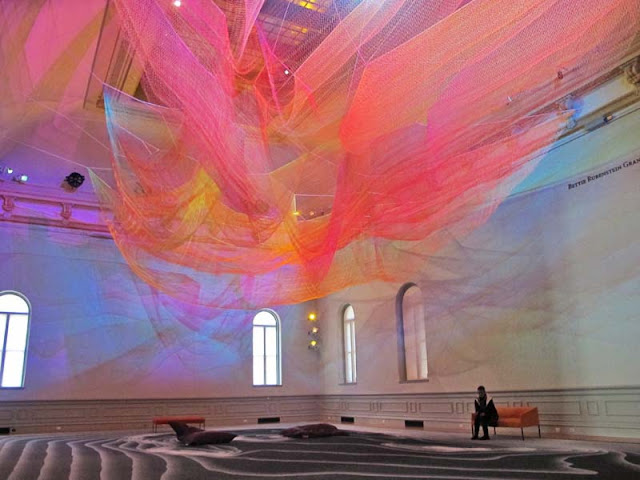 1. a cause of astonishment or admiration 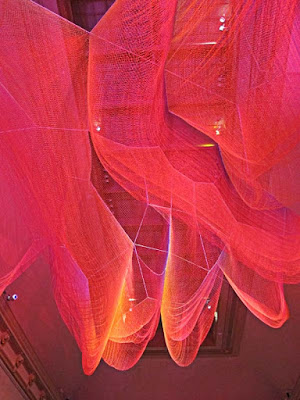 2. the quality of exciting amazed admiration 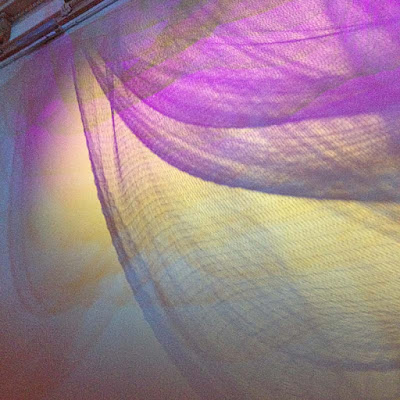 3. rapt attention or astonishment at something awesomely mysterious or new to one's experience 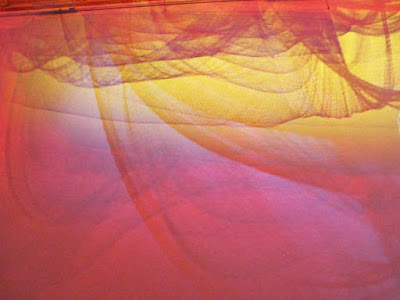 Janet Echelman, 1.8, 2015, light and shadows detail
The powers that be at the Smithsonian Institute's Renwick Gallery must have had the Merriam-Webster Dictionary's definition in mind when they set about selecting artists to participate in the Renwick's grand re-opening in November 2015 - as did the artists when they set about creating their wonder inducing works. 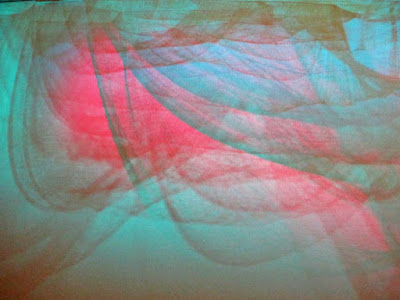 I traveled to Washington, DC in early December to spend a few days with Lotta Helleberg (that's Lotta seated in the very first photo) as well as to peruse WONDER. 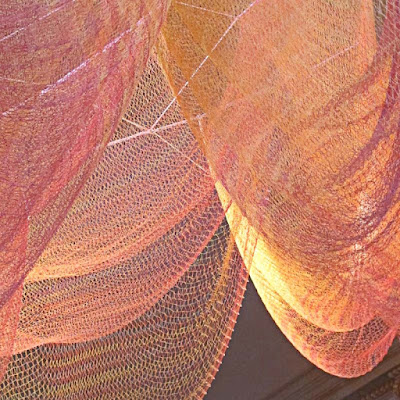 Echelman's woven sculpture corresponds to a map of the energy released across the Pacific Ocean during the Tohoku earthquake and tsunami, one of the most devastating natural disasters in recorded history. The event was so powerful it shifted the earth on its axis and shortened the day March 11, 2011, by 1.8 millionths of a second, lending this work its title. Waves taller than the 100-foot length of this gallery ravaged the east coast of Japan, reminding us that what is wondrous can equally be dangerous. (accompanying statement in the Renwick)

1.8 is the second Janet Echelman sculpture that I have had the good fortune to experience. Last June, I went to Boston for As If It Were Already Here, her installation over the Rose Kennedy Greenway. To see my post about it, click here. Both works are equally breathtaking, inspiring and whole host of other adjectives.