"As If It Were Already Here"

Last Sunday, my friend Deb Jansen and I set out for Boston to view Janet Echelman's As If It Were Already Here which is currently installed over the Rose Kennedy Greenway. 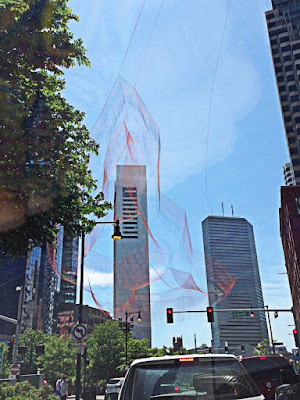 After giving Deb an imprompto tour of Boston (thanks to the gps on my iPhone not working so well in the tunnel...or possibly user error...still not sure which), we finally ended up on the correct road and were greeted with this sight. 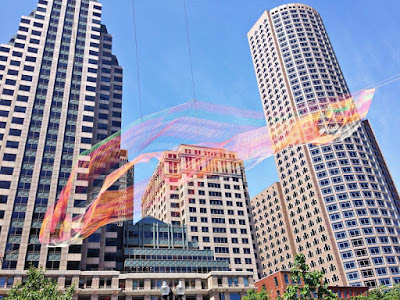 There are advantages to being stopped at a red light. Twice. 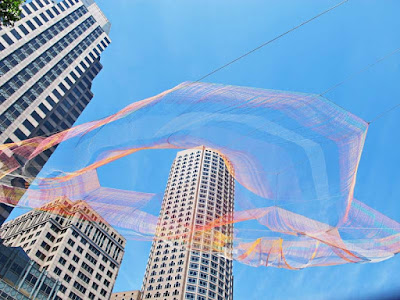 We parked the car and ventured into the Greenway for a closer look. As If It Were Already Here is simply magnificent. 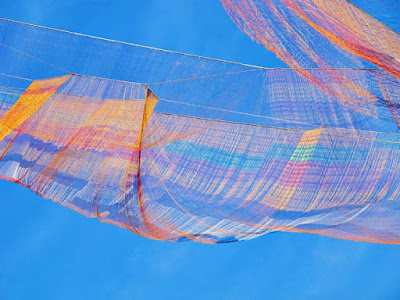 Its movement in the breeze was mesmerizing and bestowed a sense of calm and great joy. 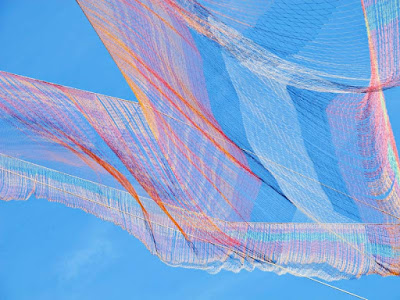 Being below it and watching the movement brought to mind Ann Hamilton's Event of a Thread that I experienced at the Park Center Armory, NYC in 2013. 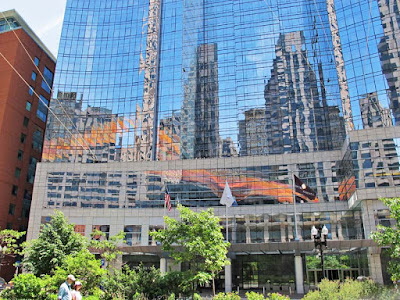 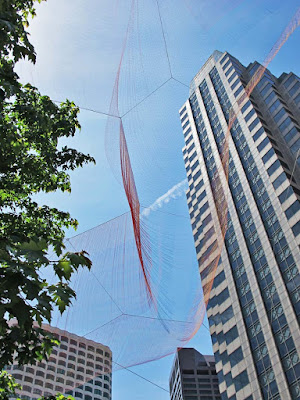 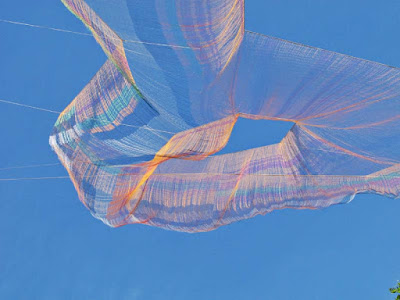 Both pieces generated the joy and freedom of childhoood when you lay in the grass to watch the clouds dance and play on the wind currents overhead. 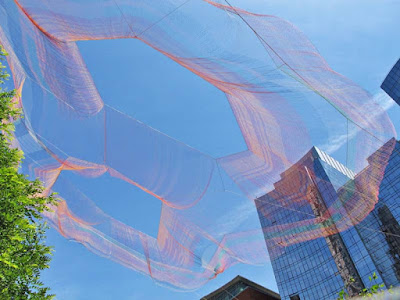 I found myself in awe of Janet's creative vision, her fearlessness to just do it, to work large on such an incredibly grand scale. 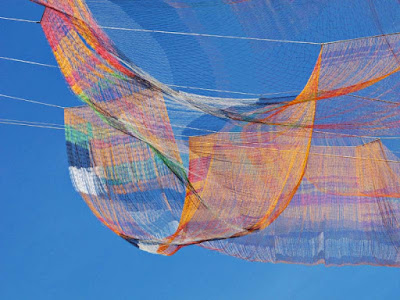 Her attention to detail is just as impressive. I wonder if she sees the finished piece in her creative mind and figures out how to do it? 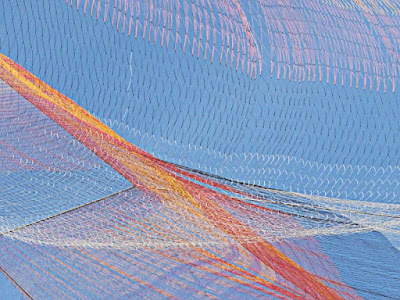 Or do you think she begins with a sketch? 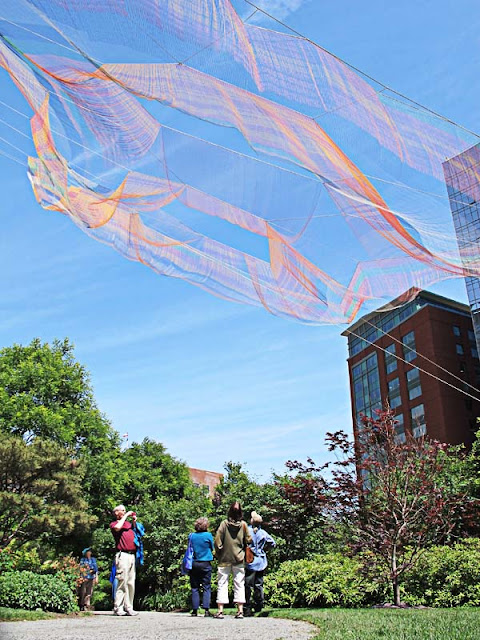 Regardless of how Janet Echelman begins, the end result is something everyone needs to experience. It's the best of childhood. It's water suspended in the air and turning prismatic in the sun, reflecting off the surrounding buildings. It's exquisite. 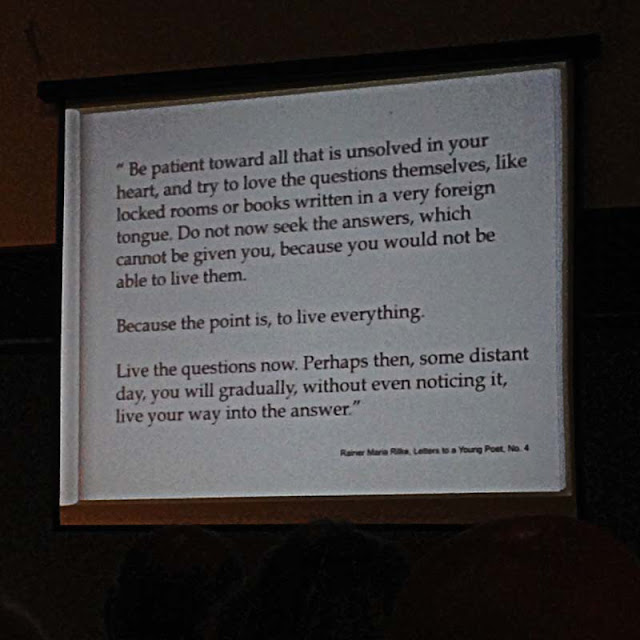 Sufficiently awed by As It It Were Already Here, Deb and I ventured into nearby Brockton, MA to hear Janet Echelman speak at the Fuller Craft Museum. We came away dazed, inspired, even more in awe and yearning to revisit the installation.

If you ever have the opportunity to hear Janet Echelman speak about creativity and her work and/or see and experience one of her works, go. Until then, enjoy her TED talk.


To see my photos larger, just click on any of them and enjoy the slide show.
Posted by Jennifer at 6:12 AM
Labels: As If It Were Already Here, Boston, Janet Echelman, just do it