After sleeping late yesterday morning...oh! it felt so good to sleep in...we took our time deciding what to do.
First order was to find brunch - yes, it was that late before we got going. So...off we went. 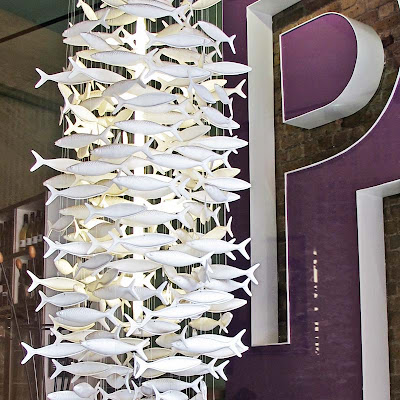 From the tube, we walked and I took photos of a fish sculpture hanging in a pizza place, 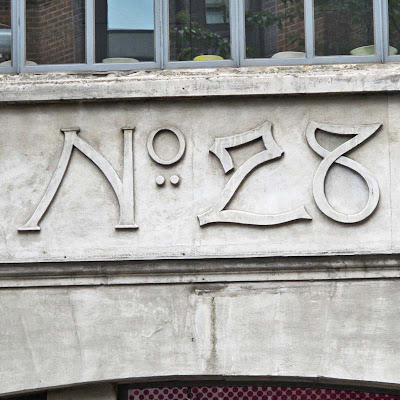 then stopped to wonder what my calligraphy friends would think of No 28. We soon arrived at our brunch spot, The Modern Pantry, where we had the most delicious meal. 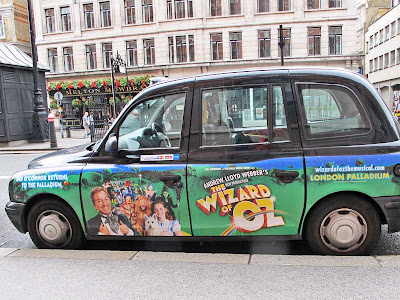 Back out on the street, we began to walk...we do a lot of that.
Got a chuckle from seeing a bit of Oz had followed me to London. 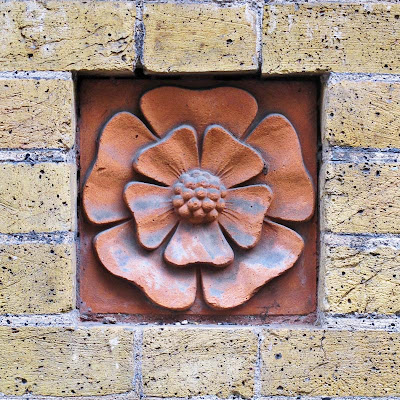 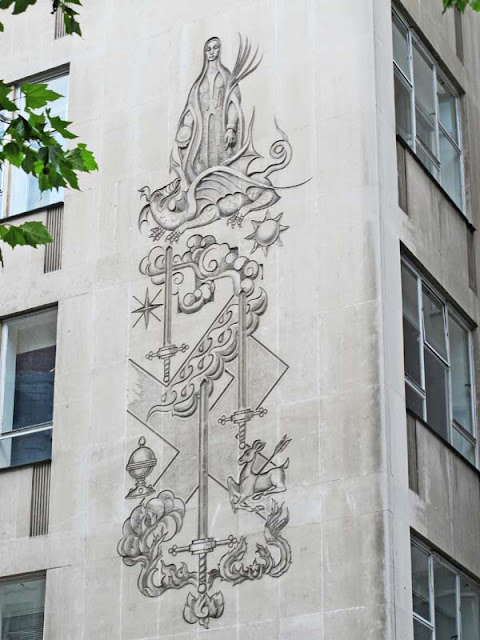 Never discovered the significance of this building or the carving, but am still in awe of it. 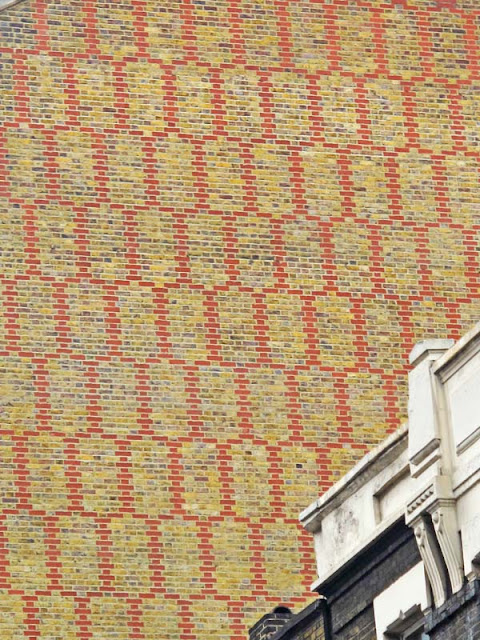 Once again, the design and 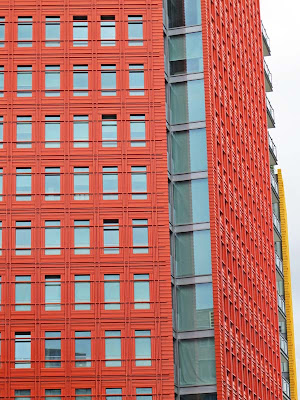 architecture of London caught my eye. 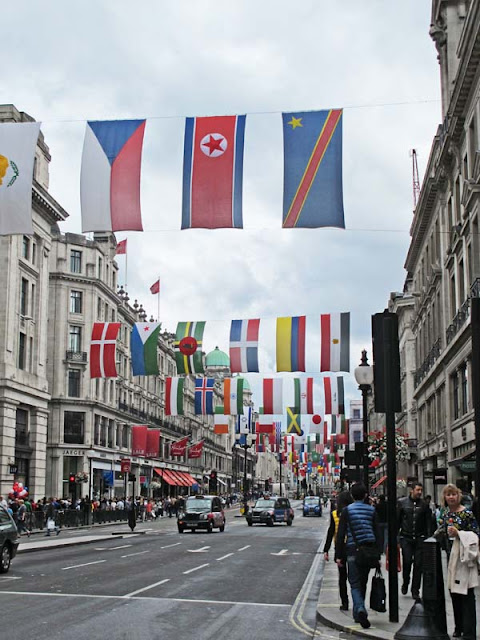 I'm assuming the flags are flying for the upcoming Olympics. 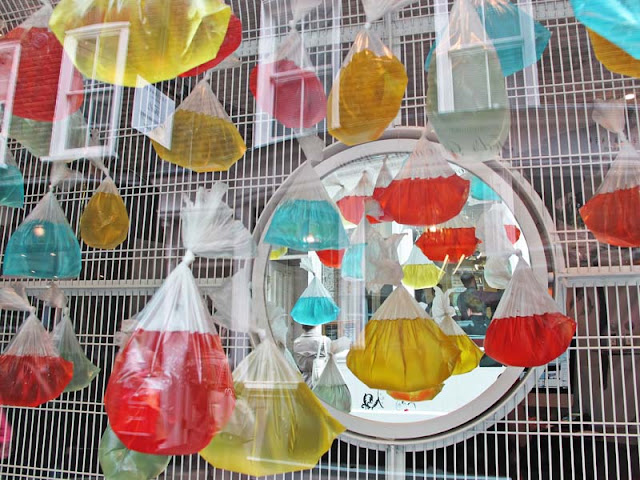 A perfumery window.
Deb -This display brought to mind your raincoat. 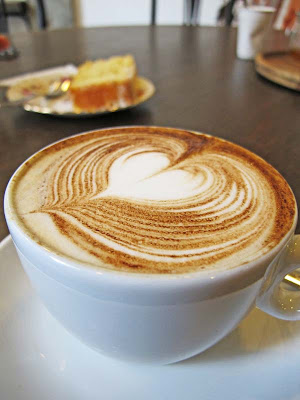 We'd finally walked so much that a rest and a snack were called for. The cappuccino
was as delicious as it looks...as was the lemon cake in the background.

While we enjoyed our treats in the coffee shop, I mentioned that Fiona had suggested a paper store to visit and wondered if it was in the area. John got out his iPhone to map the address. Seems we'd been within a block of it at one point - turned left instead of going straight! 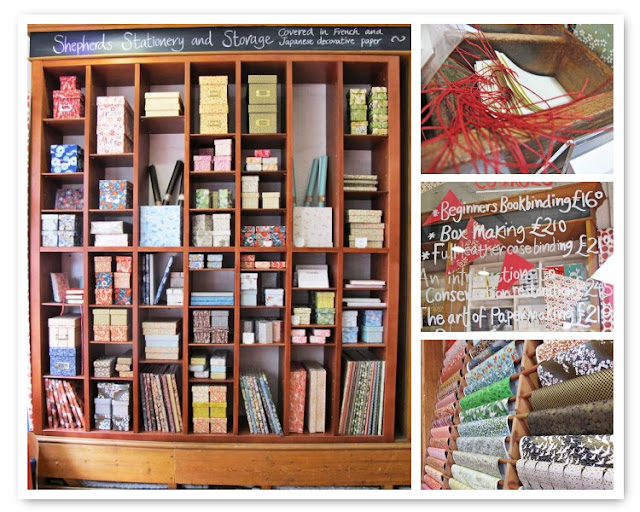 A short tube ride later and we were at Shepherd's Bookbinders, Ltd.

Fiona - What a great paper store! The selection is amazing and the best parts are behind the staff only sign. Those paper pajamas [below] begged for a closer look. 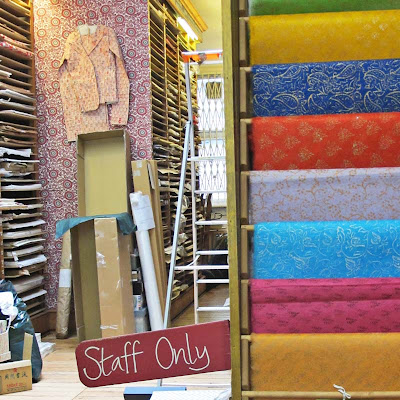 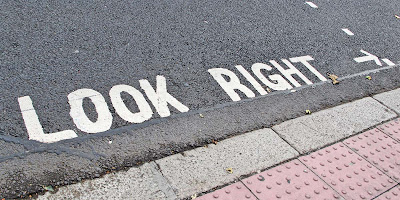 These reminders on the road always make me giggle yet I am thankful for them as well. 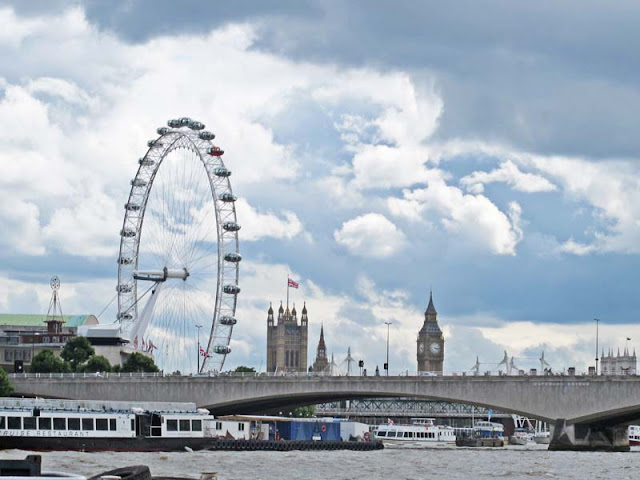 From across the Thames, the Eye of London, Westminster Abbey and Big Ben. 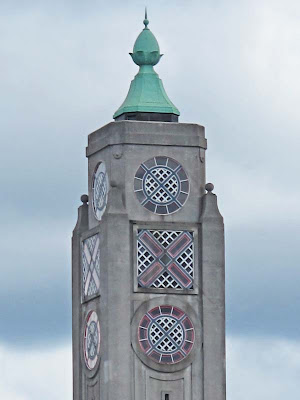 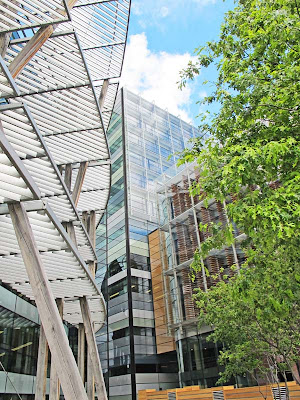 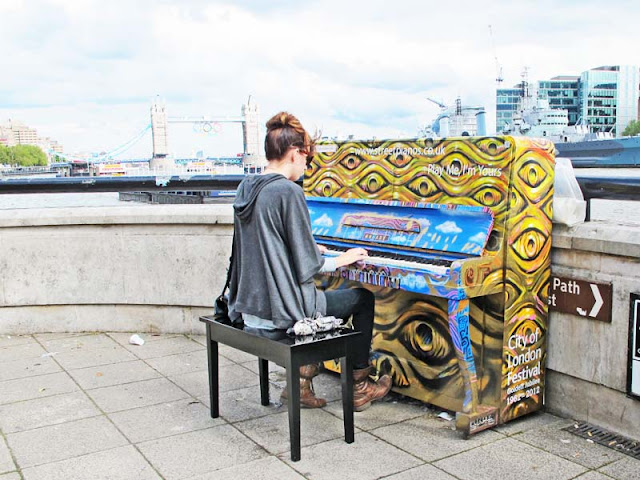 50 golden street pianos have been set out across London for anyone to play. They are part of the City of London Festival. This was my first sighting. Fortunately, the woman playing was quite good and had a nice crowd gathered to listen.


We're getting another late start today, Sunday, as well, but isn't that what vacations are for? Brick Lane Market is on the menu. There are treasures to be hunted out...a tea set for the little urchins per their request. Keep your fingers crossed that we find one!

Posted by Jennifer at 4:51 AM
Labels: architecture, art, London, patterns