Yesterday, while working on finishing the top and bottom of several of my large rust pieces, I decided it was time to wash the rest of my rusty stash. 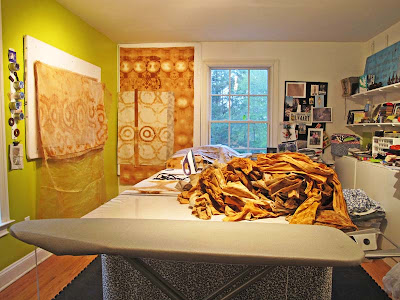 That big pile of stuff on the work table? That's the rest...most of which are roughly 10-12" wide by 72" long. The plan was to retrieve them from the dryer before they became too tangled and wrinkled, 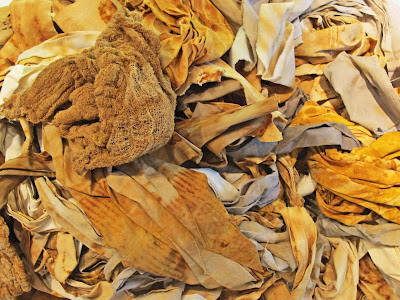 but a neighbor dropped by and I forgot. These need to be ironed in the next couple weeks so they...or at least part of them...can be shipped to Pam's for our 3rd annual artist retreat. 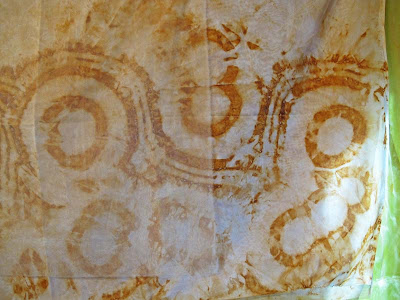 It didn't seem wise to dry the organza in the dryer, so it was hung in the studio to air dry. 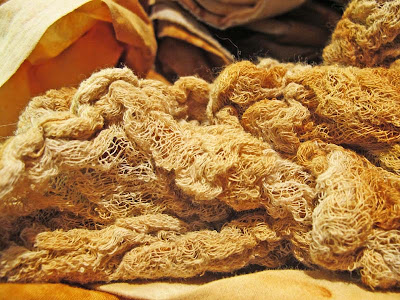 The cheese cloth was another matter. I considered air drying it as well, but decided to pitch it in the dryer along with the rest. Gotta admit, I kind of like what happened. 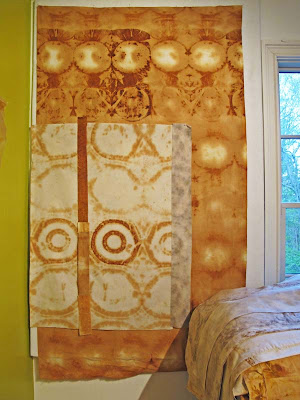 And temporarily hanging what will become rust boro #2 atop the larger piece [so the organza could be hung on the other board] has definite design potential.
Posted by Jennifer at 9:04 PM
Labels: composition, design, in the studio, rusted fabrics