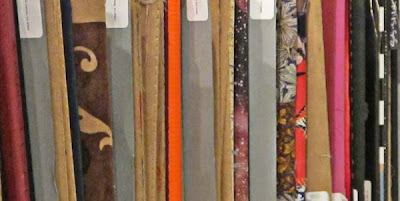 As Pam and I were waiting to check out more sketchbooks at the Sketchbook Project last Saturday, we happened to overhear the conversation of someone in line behind us. Seems the person speaking was an artist and had also participated in the project. Since I was next in line, I asked his name and checked out his sketchbook. He did likewise.

When Keith Breitfeller's sketchbook was handed to me, I lifted the front cover and nearly burst into peels of laughter. Thankfully, some part of my brain was functioning properly and the laughter was delayed...at least until I knew that Keith had opened mine. 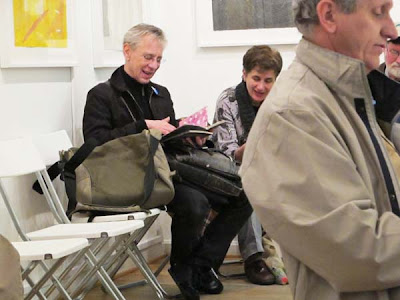 You see, while Keith paints abstracts which are studies in color and texture, he chose to step outside his comfort zone to address the theme of Below the Surface. And he did so beautifully with pencils and a hole punch. 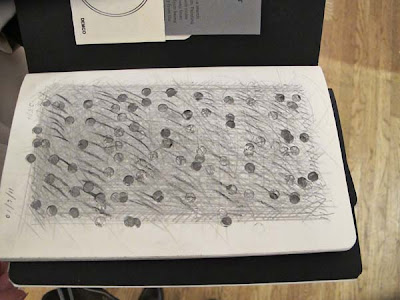 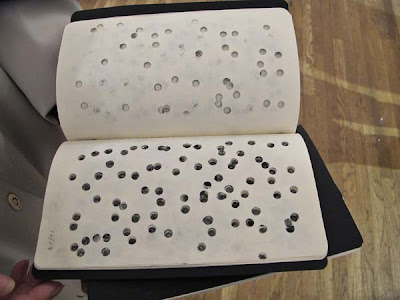 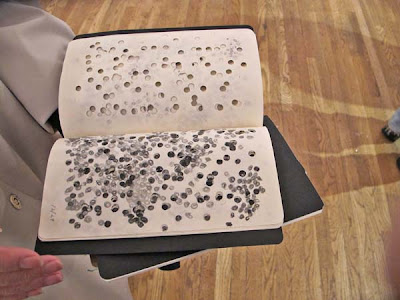 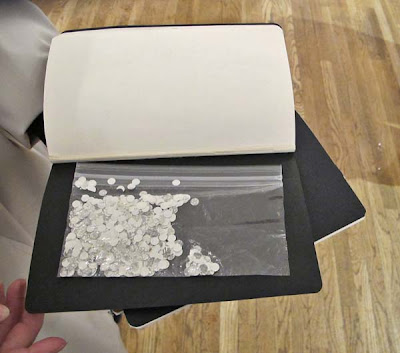 Circles. We'd both dealt with circles. To think that out of 10,000 sketchbooks returned, I happened to meet another artist who dealt with circles is just sheer serendipity. Keith and I chatted for a bit and laughed at our mutual use of circles.

Deciding not to tempt fate...and thinking that it really couldn't get much better than that...Pam and I set off for the Sackler Museum. Dodging raindrops and still laughing.
Posted by Jennifer at 9:22 AM
Labels: circles, Sketchbook Project