Picking up of the thread of the story

Have you ever begun working on a substantial piece only to find it necessary to set aside at some point? 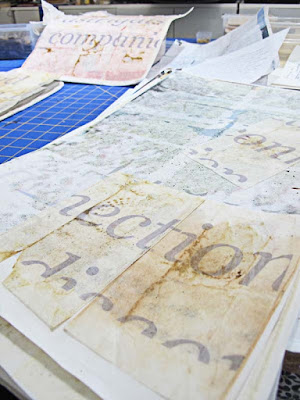 When you were finally able to return, 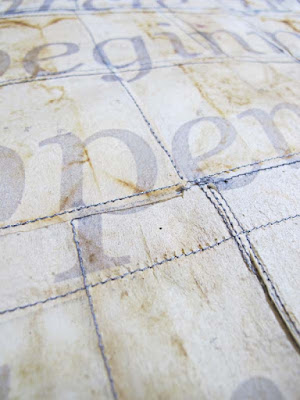 had you left it sufficiently organized 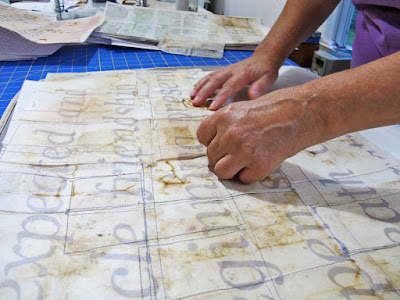 to be able to just step in and pick up the thread of the story? 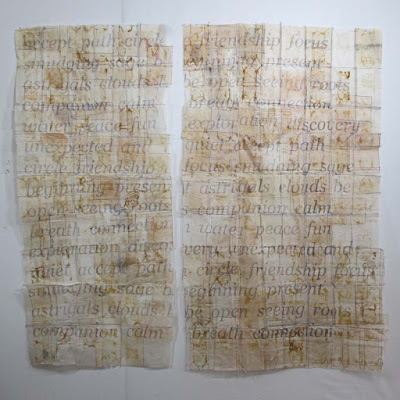 The second of my red boat series was begun in June while my not-so-little urchins were in summer camp for two weeks. All the resizing, cropping, editing - and then doing it all again - were accomplished then as well as the ironing of at least 540 tea bags to freezer paper which produced 45 pages (11 inches x 17 inches) to be run through my faithful inkjet printer. And then the machine stitching began, starting with the text layer. 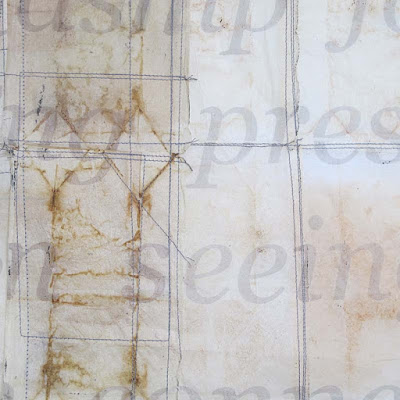 Fast forward to this past Wednesday when the school bus pulled up at the end of our drive to take the urchins to school. Time for mom to get back in the studio. The text layer was easy to pick right up. It was the photo that gave me fits for about an hour. Thankfully, I had left the photo pages in the correct order...even though my eyes kept saying they weren't. Think the studio was having a bit of fun with me. 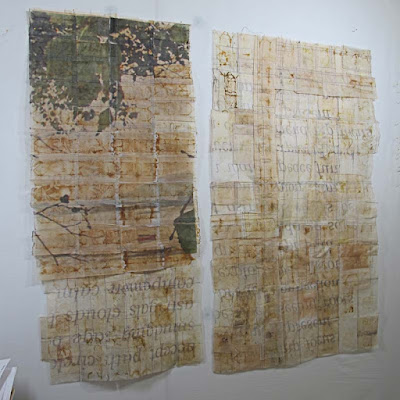 The photo above is my current view from my desk. What was planned a single piece seems to want to be a diptych...or does it? Is it merely trying out the idea of being two rather than one? And what about that third, yet to be started, layer? The back of the text layer is beautiful - all patched in places where I didn't quite get the tea bags joined just so. 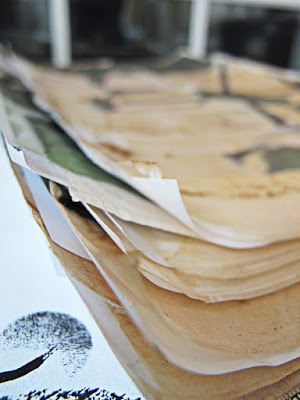 We've a three day weekend here in the states, so, thankfully, there's plenty of time to mull it all over.

Posted by Jennifer at 7:38 AM
Labels: stitching tea bags, the red boat