For over 10 years now, it's been a habit of mine to hand stitch during times of waiting - on trips when someone else is driving, on flights, during quiet moments in the morning, watching tv and, most consistently, since my little urchins started taking various lessons after school. 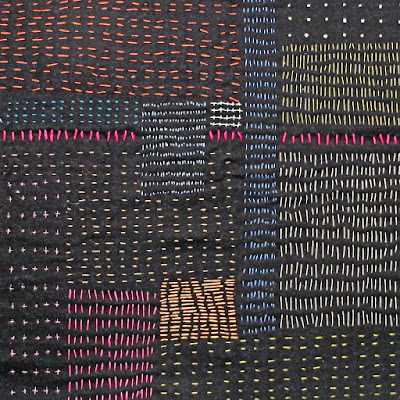 My bag nearly always contained a roll of black cotton and a pouch of brightly colored threads. The stitching was intuitive while varing direction, stitch length and contrasts. The action itself gave me joy, a sense of contentment. It came as a great surprise toward the closing of 2015 to find myself no longer enamored with this work. It had become a chore and ended up being undone most often than not.

One morning during that week between Christmas and New Year's, as usual I found myself downstairs before the house woke, wanting to hand stitch, but being a bit reticent to do so. My old way was not working and I knew it, but what next? Try stitching on white cotton? On my rusted cottons? Or on that pad of St Armand Canal black denim paper that I'd bought in Santa Fe? Hmmm...now there's an idea. 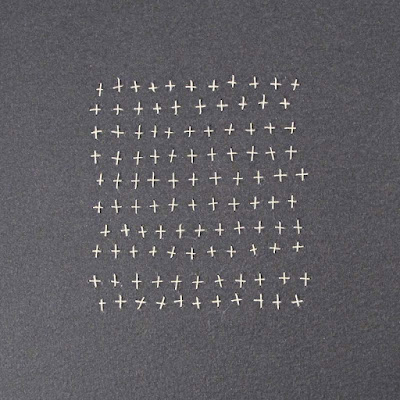 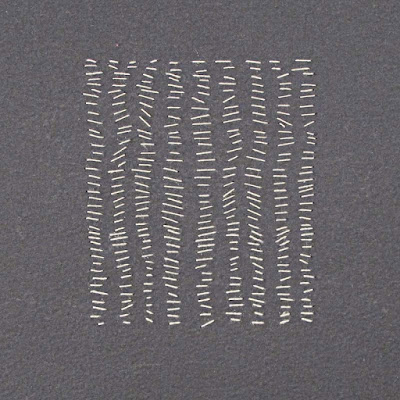 and then proceeded with this one. It was too much like what had come before and left me frustrated. 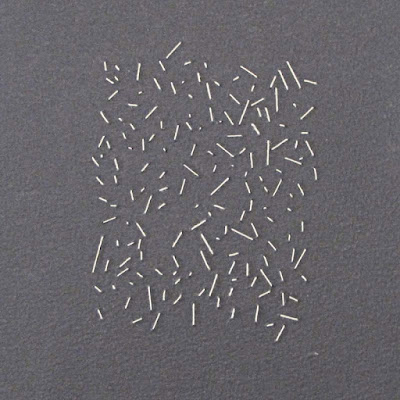 This luscious paper wanted to be different. Wanted me to stitch in a new way. Wanted me to embrace the chaos that I felt around and inside me. So on the third piece, I punched holes and then more holes on the back 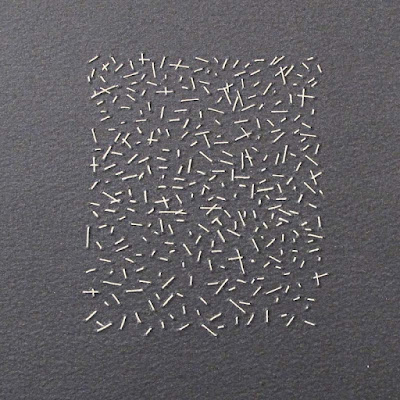 before beginning to stitch...all the while promising myself to stitch only through the holes already punched, 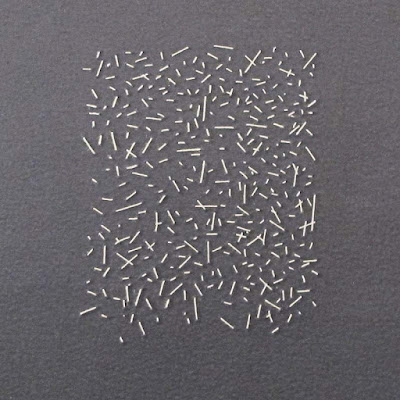 to not look at the front and decide that another was needed just here...or right there. Just let go and accept what exists. 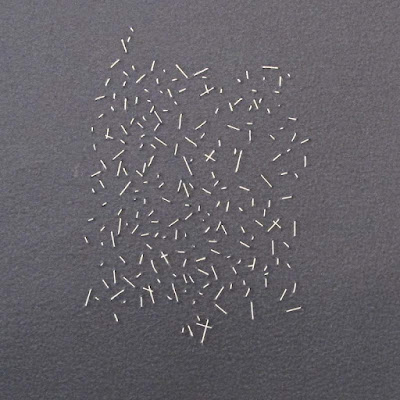 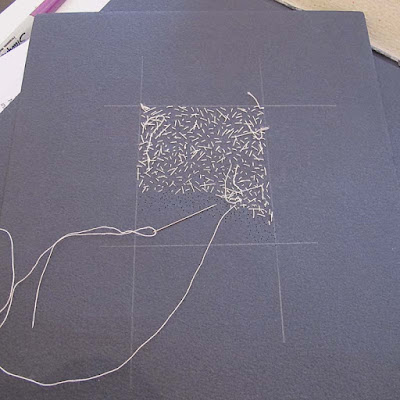 I'm enjoying this new waiting = stitching series very much and am trying to take it slow and let the process guide me and grow organically rather than to rush and get ahead of myself.

By the way, if anyone knows where more pads of St Armand Canal paper in black denim (9 inches by 10 inches) can be purchased, would you mind dropping me a note? I'd be very grateful for the info.
Posted by Jennifer at 12:17 PM
Labels: connecting the dots, embracing chaos, hand stitching, paper, stitched marks, waiting = stitching