What comes to mind when you think of January? For several of my friends, January has become a month of play and experimentation in the studio. They've given themselves permission to wonder what if and then to pursue the thought wherever it leads. 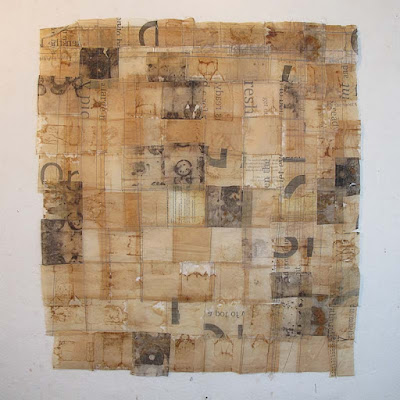 For me, January is a time of refocusing. Time to take stock and decide what to keep, 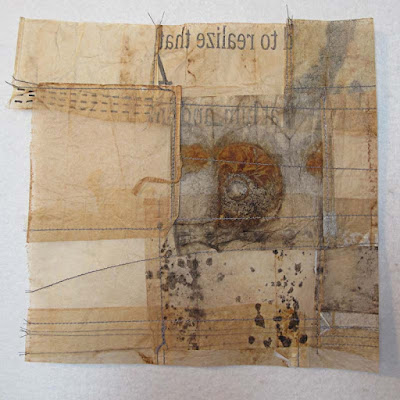 what to purge or repurpose, what to listen to. 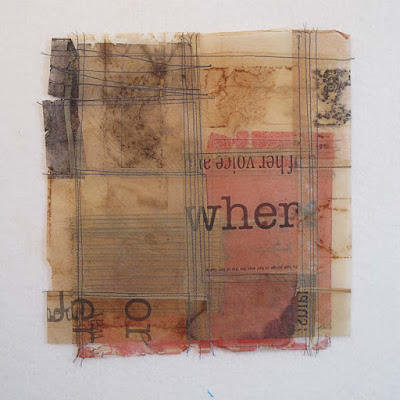 The tea bags are fairly singing these days. 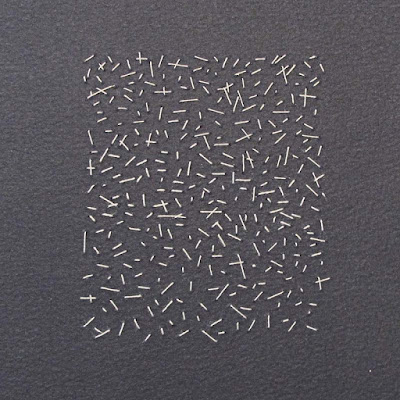 It is also a time to simplify. My new waiting = stitching series embodies this. What began as an experiment in embracing chaos and the wabi sabi-ness of life has quickly become one my favorite creative endeavors. 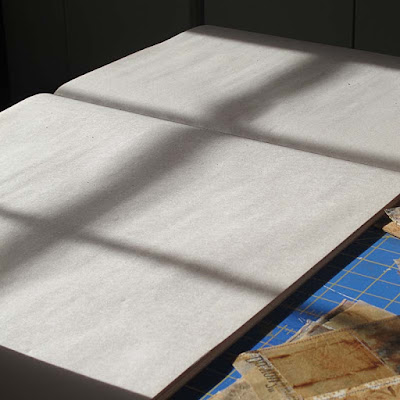 And then there's the January sun that demands one to stop and admire it as it streams through the windows and reflects off the snow. We scraped through with only 14 or so inches as compared to my brother's 30+.

January will soon be turning into February and I'll pause to wonder just how we got to February already? After all, it was just New Year's Day a few days ago...
Posted by Jennifer at 8:41 PM
Labels: art math, focus, waiting = stitching