With the fall term of school beginning last week, it's been possible to reacquaint myself with the studio. After giving my work table a good clearing (happily, there really was a table beneath all the stuff that had accumulated and grown exponentially over the summer), I settled in and applied to two exhibitions. Many thanks to Christine for the photo resizing info! 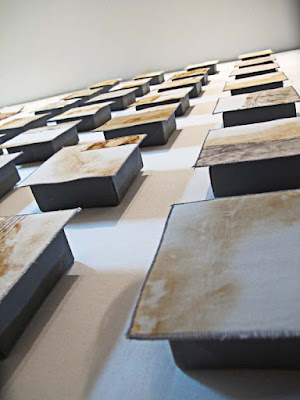 Next was the completion of a set of direct rust print and mono print squares that have been in the works for far longer than they should have been. 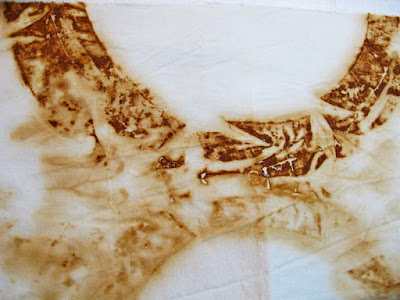 There's a collaboration brewing with Bridgette that will involve my rusted cottons. Very early stages yet, but we've taking it beyond the wistful emails stage to actually having a few concrete-ish ideas. 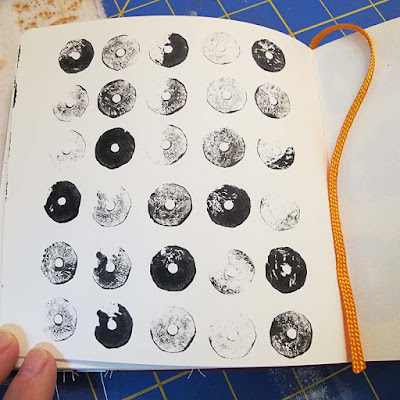 Circles were calling me again, both small 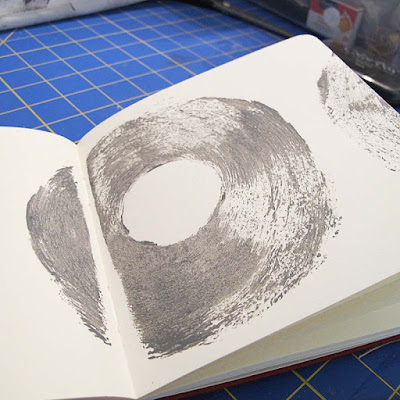 and large. The larger spurred what if #758 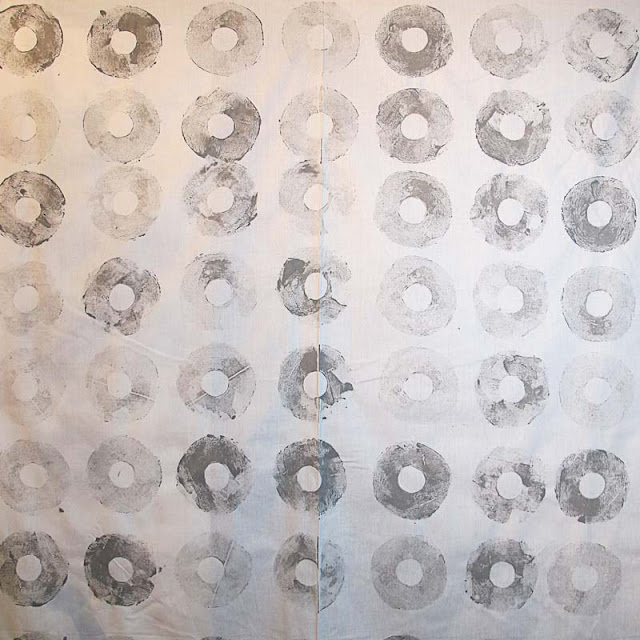 so after unearthing my bolt of white cotton, I set to work filling the cloth using an object found nearly everywhere. 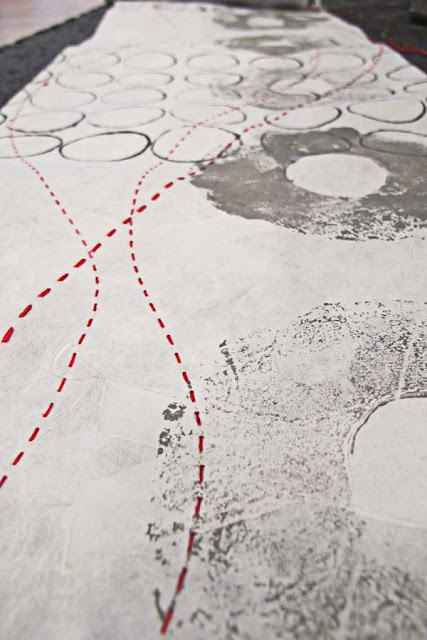 Can you guess what it is?
Posted by Jennifer at 6:19 AM
Labels: circles, what if