Do you like riding your bike in the rain? For 30 miles? Me neither. Thankfully, Mother Nature 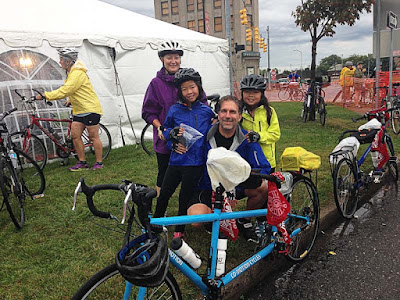 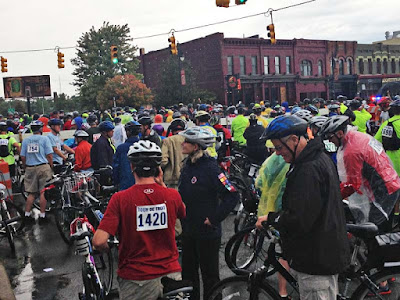 showed mercy to the 7,000+ riders in the 2015 Tour de Troit last Saturday and rained only intermittently during the hours of the event. 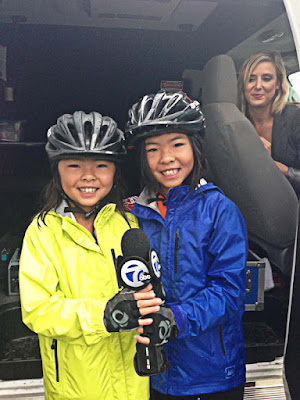 The local ABC affiliate was reporting live all morning 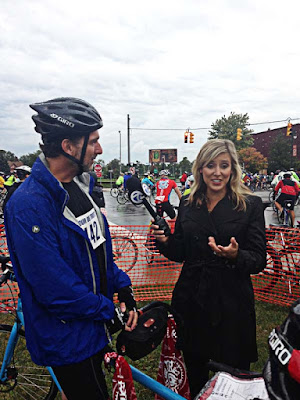 and John was interviewed during the 9 o'clock broadcast. 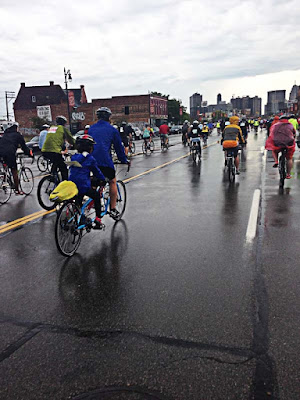 Then we were off. 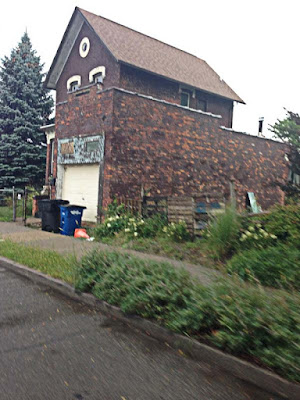 The 30 mile circuit took us through nearly fully abandoned areas, 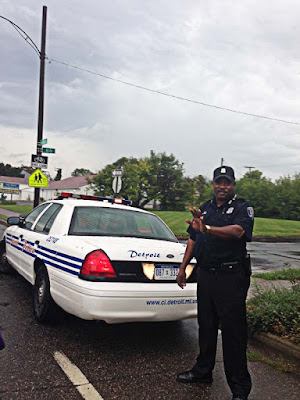 past intersections blocked off by Detroit's finest, 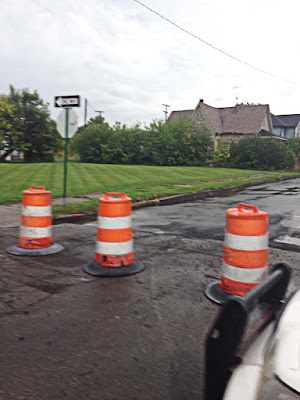 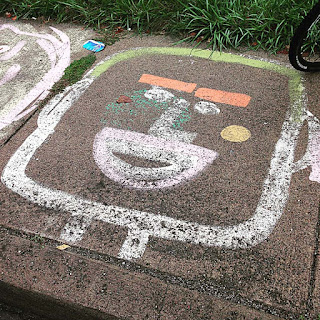 to the corner by the Heidelberg Project 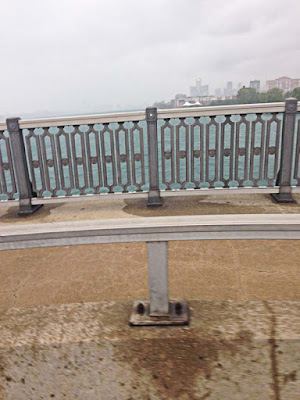 and over the bridge 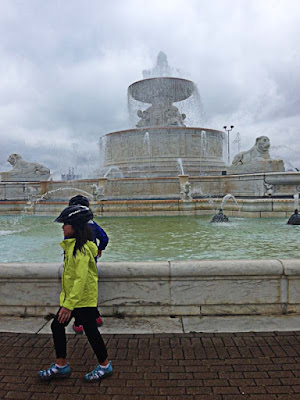 to the break point on Belle Isle. The last 10 miles of the ride included circling Belle Isle, with it's view of Canada right across the Detroit River and wicked head wind. 3+ hours after beginning, we arrived back at the starting point under welcoming bright blue skies. 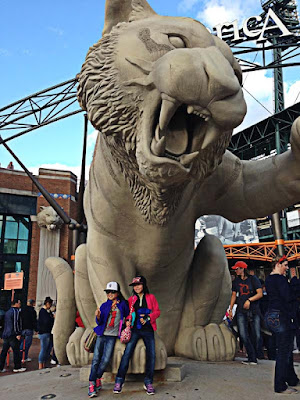 We ended the day by going to the Tigers vs. Royals (Kansas City) game. 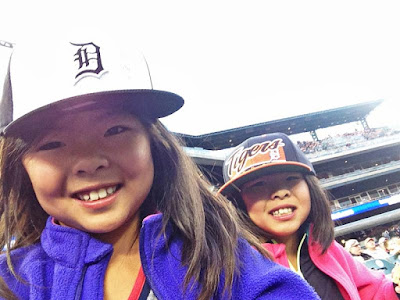 Grace and Ellie were lucky enough to get their hats signed by JD Martinez. 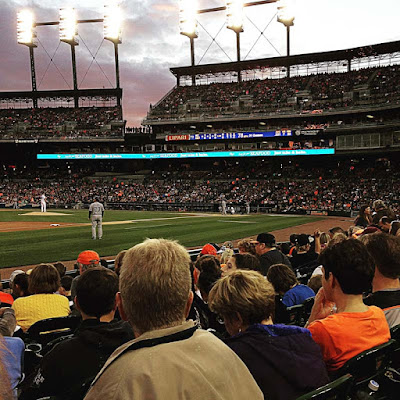 At some point, I checked my email and found a note from Pam. Seems she and her husband were watching the game. Is it bad form to admit that we ended up texting about the plays up until the 10th inning? 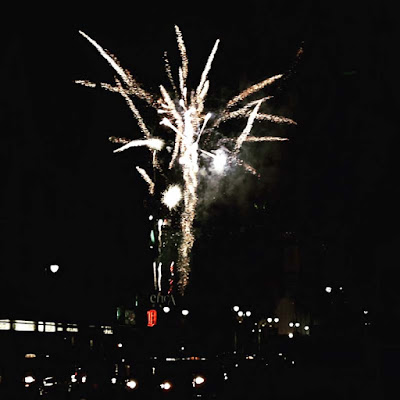 Fireworks were the perfect end to an amazing day.
Posted by Jennifer at 5:00 AM
Labels: Detroit, Michigan