Half the air in any given space

This time last year, I was in Cleveland, Ohio to take a 2 day India Flint workshop. A free day had been built into the trip to allow for a bit of wandering and exploring. Friday found me strolling over to the Cleveland Museum of Art to see Martin Creed's work #965 Half the air in any given space. 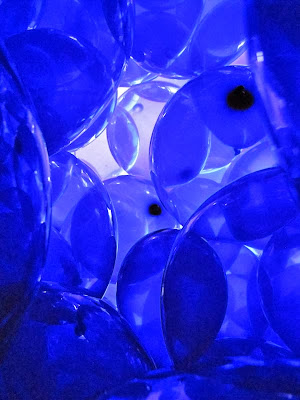 The Glass Box in the East Wing had been partially filled with purple latex balloons (which my camera saw as blue...) so that half the air in the space was inside the balloons. Being somewhat claustrophobic, it took a bit of watching others go in and out as well as giving myself a pep talk before I too stepped inside that magical room...and had so fun that I didn't want to leave.

Fast forward to this week when I found out that Martin Creed is one of the featured artists at The Aldrich Contemporary Art Museum in Ridgefield and one room contains the current version of Half the air in any given space. Care to guess what I did yesterday? 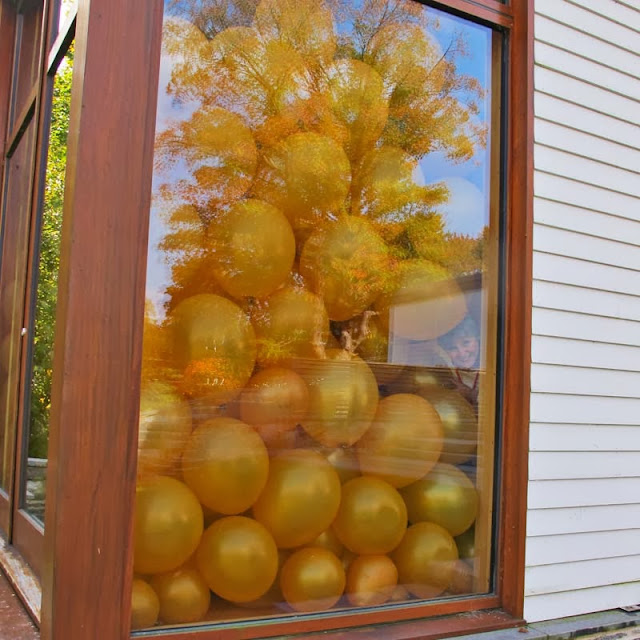 Yes! No pep talks needed this time. My friend Katy joined me and kindly took a few photos of me peeking out. 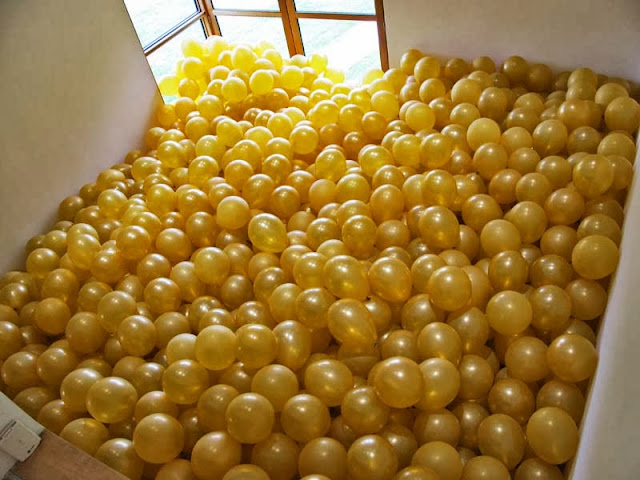 The room is 2 stories with a balcony overlook upstairs. The docent said that due to our extreme temperature fluctuations this past week, many of the balloons have already burst. Originally the balloons reached up to the overlook where this photo was taken. 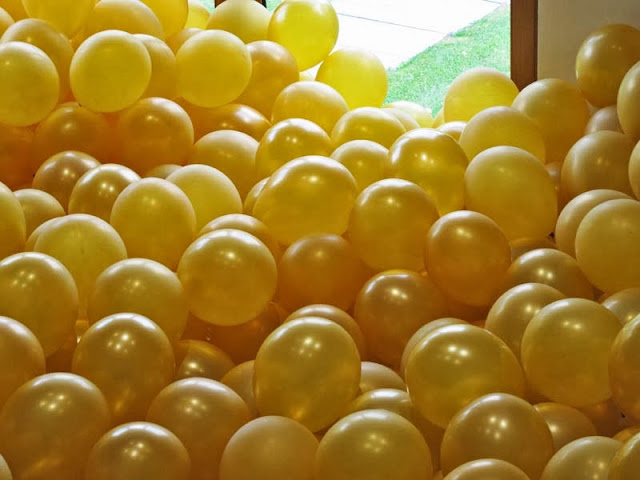 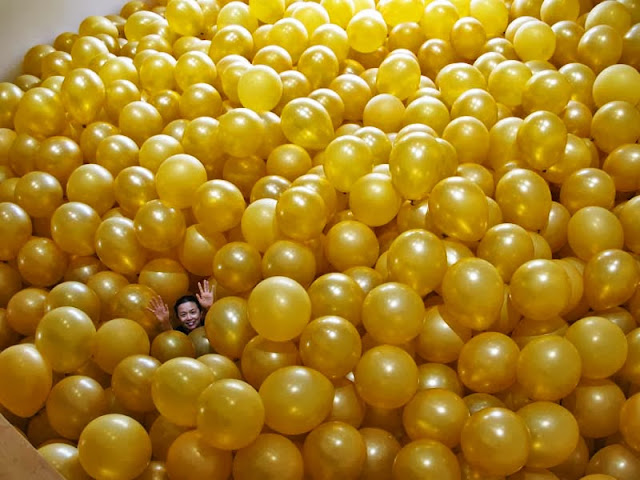 Sadly, photos from inside the room/balloons were not allowed this time. No amount of pleading with the docent or reporting that the Cleveland Museum of Art had allowed and encouraged photos could get her to give permission. So..... 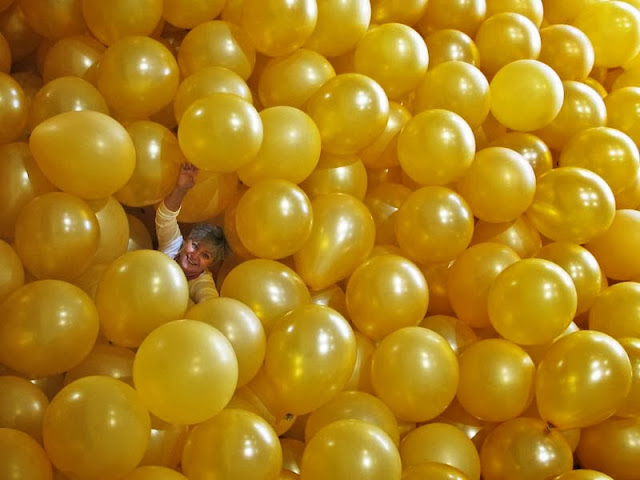 when I went back in one last time for Katy to get this shot of me... 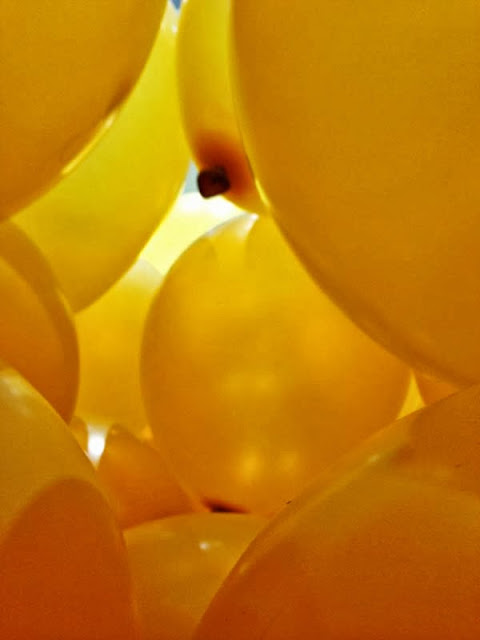 well...somehow my iPhone found its way into my back pocket (and went undetected by the docent...whew!) and a few quick shots were snapped. Sssshhhhhhhhh......please don't tell.
Posted by Jennifer at 7:14 AM
Labels: balloons, Martin Creed