Feels a bit funny to write the title of this post while sitting in my studio at home. We've been back in the States since very late last Wednesday night and I think...written with fingers crossed...that I've finally overcome the jet lag enough to write a coherent post so here goes...

Aware of our search for a tea set for the urchins, someone recommended Portobello Market to my husband. Being a fan of the movie Notting Hill and being aware that part of it was filmed along Portobello Road, I decided to that it might be fun to stroll along the street where Hugh Grant and Julia Roberts had also strolled. 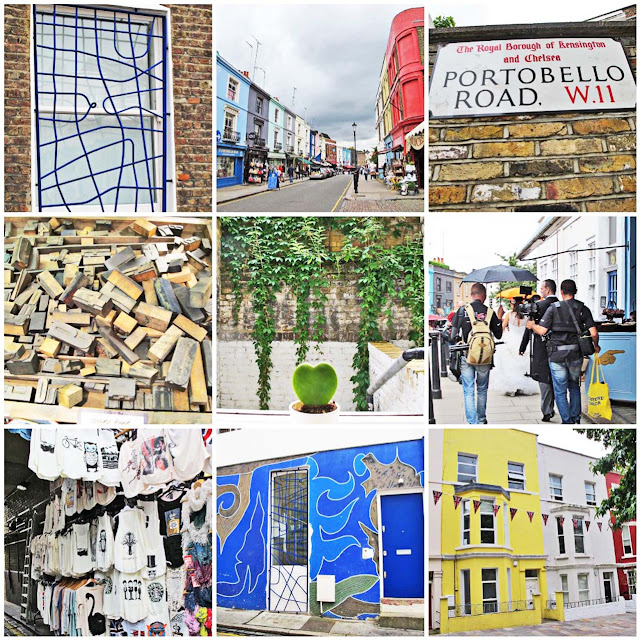 What a delightful and interesting street to wander! The shops were filled with all sorts of bits - my favorite being a home decorating shop that sold door knobs, crystals, wooden letterpress, etc.

Where Brick Lane had been ethnically diverse, Portobello Road was simply diverse. Tattoos + the shortest mini skirts ever + multiple piercings live alongside the obviously well educated and monied. As with Brick Lane, something caught my attention and just wouldn't let go until it had been explored. Portobello Road's something was AllSaints Spitalfields.

I had just crossed the street and was walking by a clothing store when several people in front of me stepped into the store's doorway to take photos of something inside. 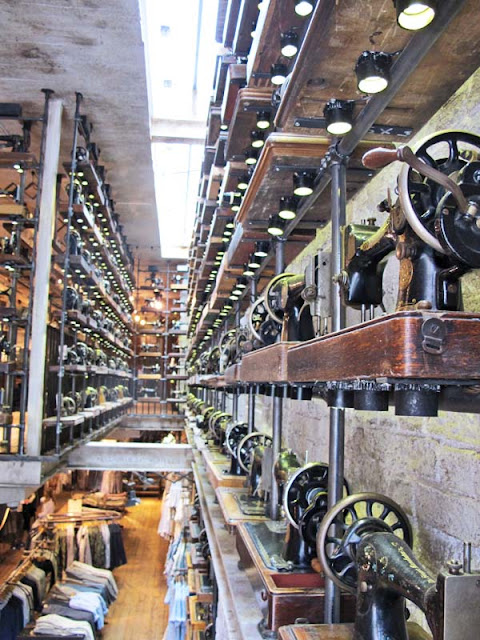 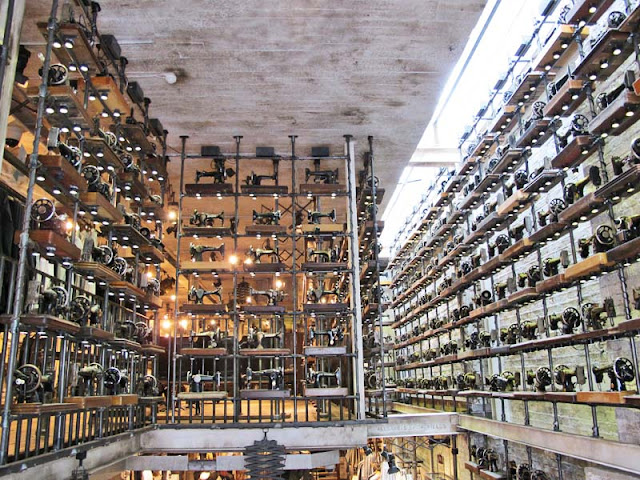 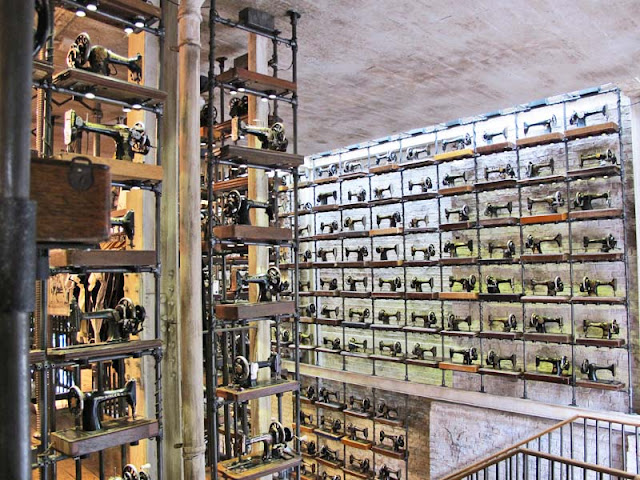 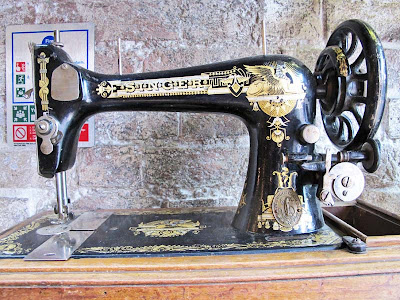 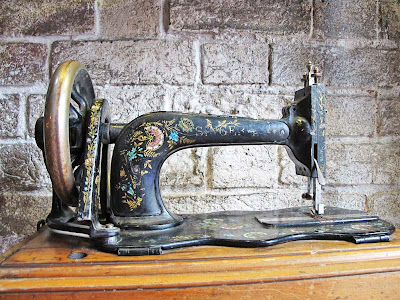 antique sewing machines lined the walls just inside the door.
And that wasn't the best part...oh no, not by half.

The best part was the fixtures that the clothing was displayed on. I don't know what the original use of half of the things were, but they were lovely and 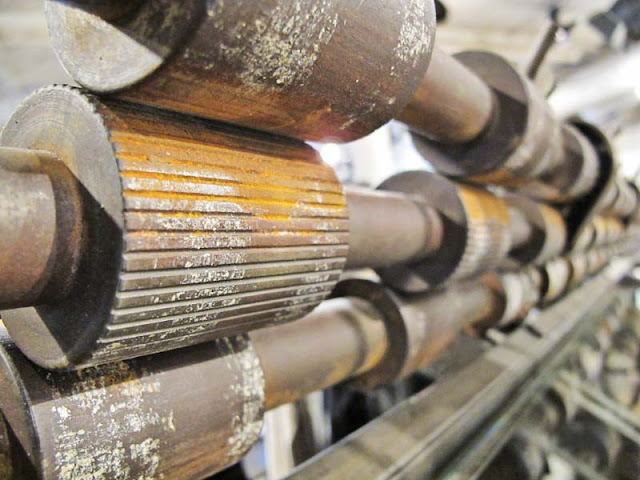 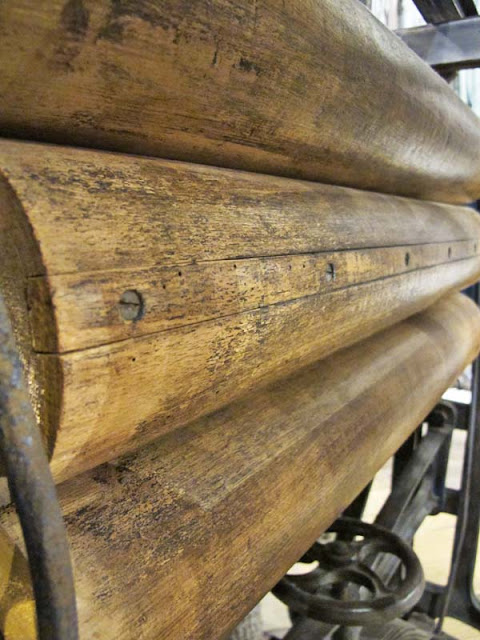 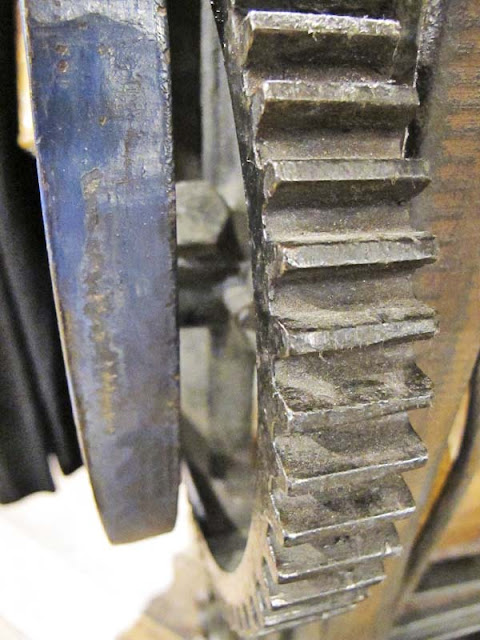 and nicked from use. 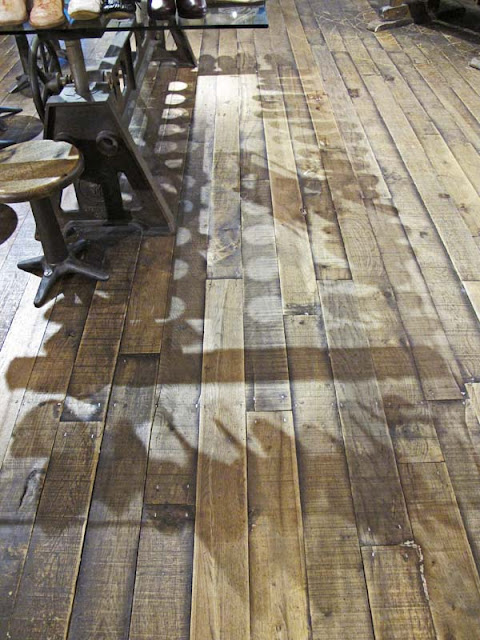 Shadows were cast by parts of printing or cutting tables 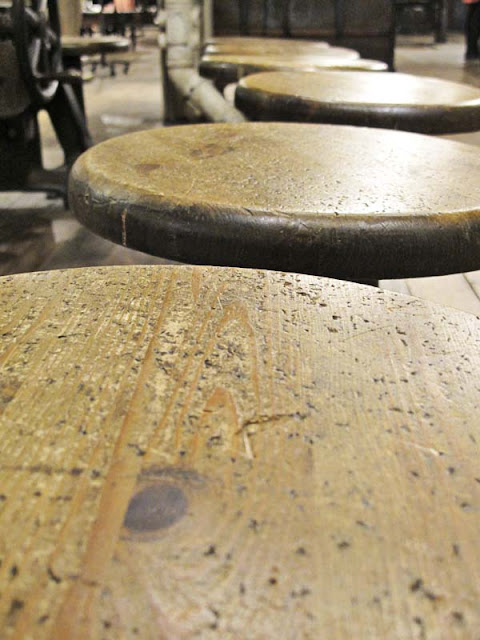 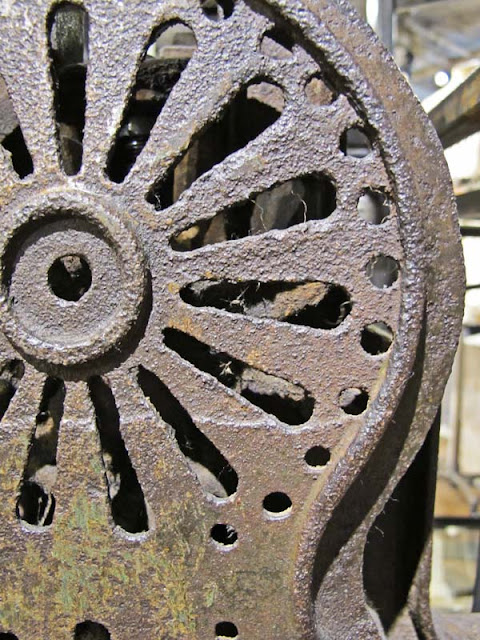 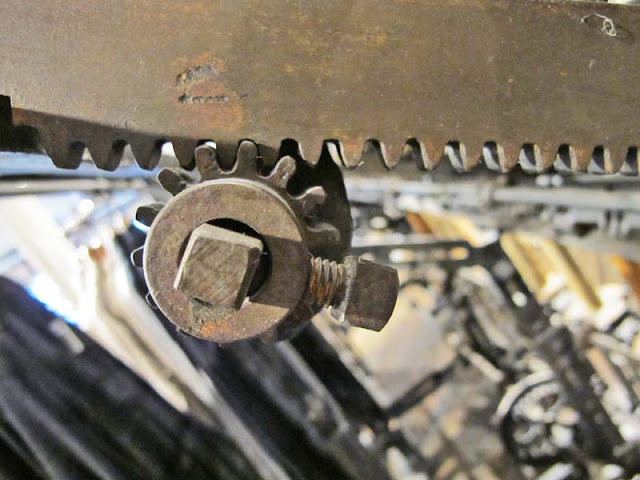 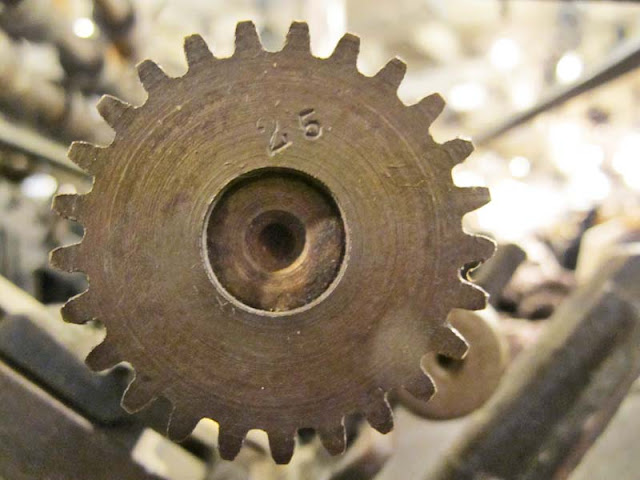 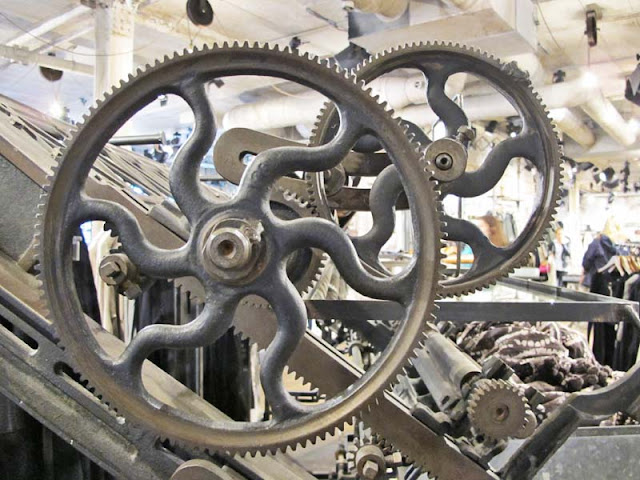 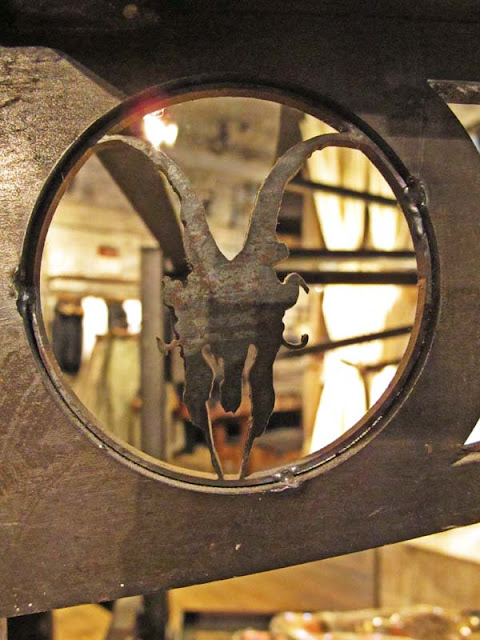 Nearly 30 minutes later, I emerged onto the sidewalk still marveling over the fixtures in AllSaints and the fact that not once had an employee spoken to me, asked if I could be helped or inquired why I was taking photos or even if I had permission to do so. Perhaps they are accustomed to such actions/reactions from passersby...or perhaps they thought it best to leave the crazy lady photographing all the fixtures alone.
Posted by Jennifer at 11:09 AM
Labels: AllSaints Spitalfields, London, rusted elements, sewing