What to say about our Monday? It was a blast! As mentioned in part 1, the previous first day of our retreats have been total disasters. Truly. Whatever Pam and I tried just didn't work and didn't work on a huge scale. At some point late in each day, we'd stop, think, discuss and light upon a plan that, in the end, was the right one.

This year, my plan was to figure out what to do with my rusty fabrics and to go home, not just with ideas, but with the bones of pieces that can be completed later. 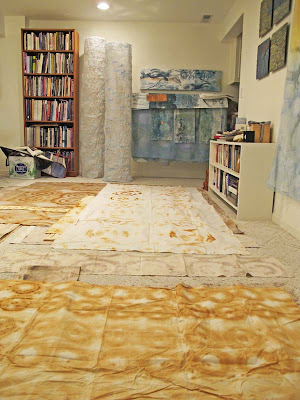 After a show and tell 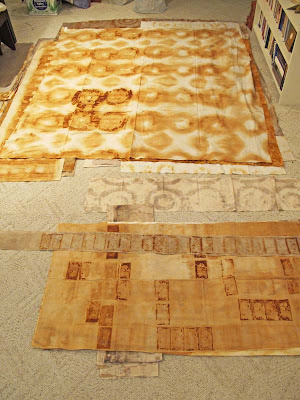 of the rusty sort 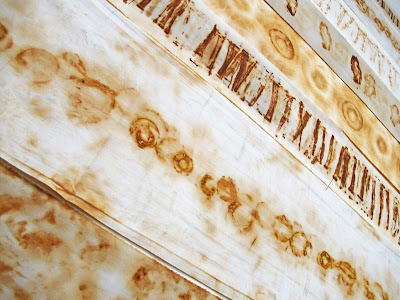 we each set to work. Pam in the annex and me at the display board. 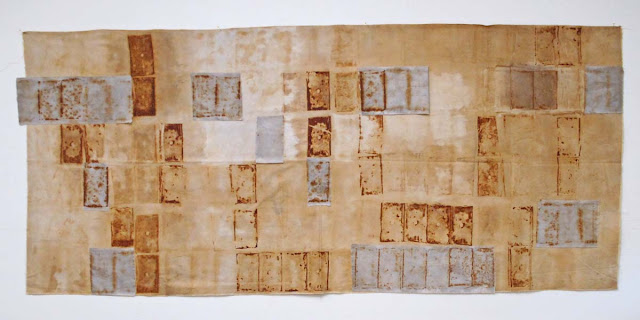 Inspired by the way two of the fabrics were laid on the floor [see second photo], I started with the rectangular grid piece. It went through several iterations before arriving at this one. Pieces are pinned and a bit of hand stitching may be needed, but the bones are there. So...here's #1. 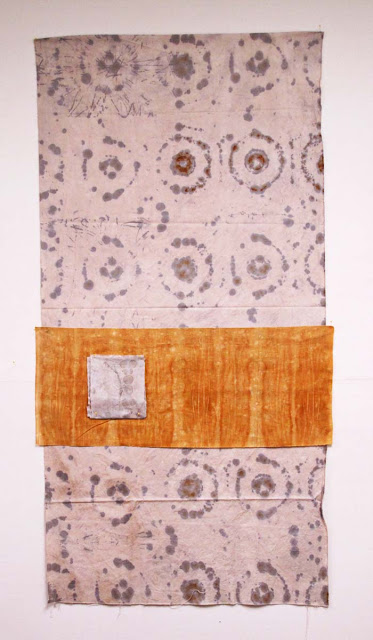 #2 went through two or three versions before keep it simple starting playing in my mind. So, I did.

Meanwhile, in the annex, Pam was painting on a lovely translucent cloth that is scrumptious... 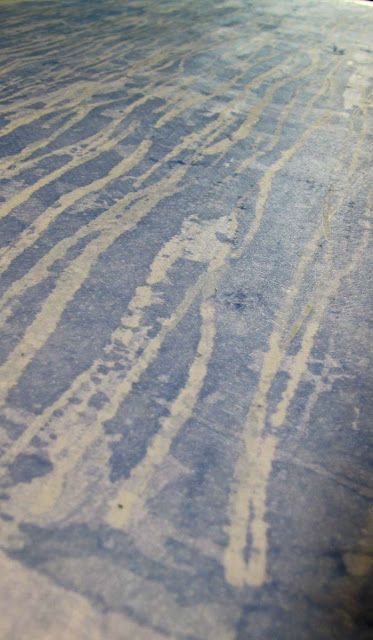 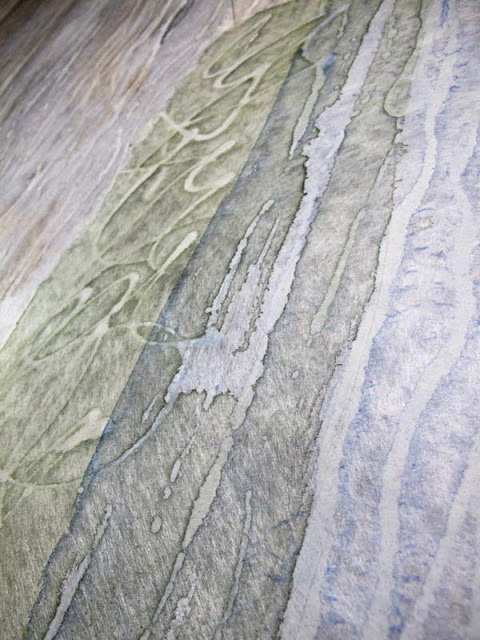 and has me wondering how it would rust, truth be told.

In between, in those moments of rest or just times when it was necessary to step away, we played with...what else?...rusty bits. And paper. And tea. 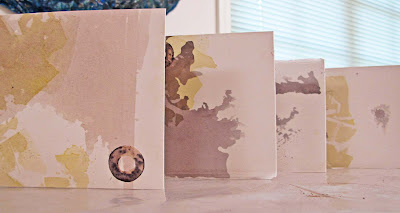 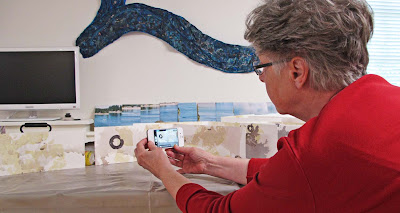 And talked of Fiona and Susan, wondering what they would think of our experiments.

At the end of the day, we were tired yet thrilled with the progress we'd each made. 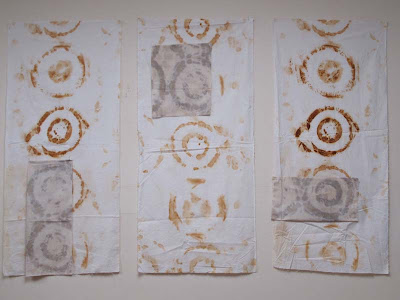 #3 was pinned and hanging, waiting for a final decision to be made while 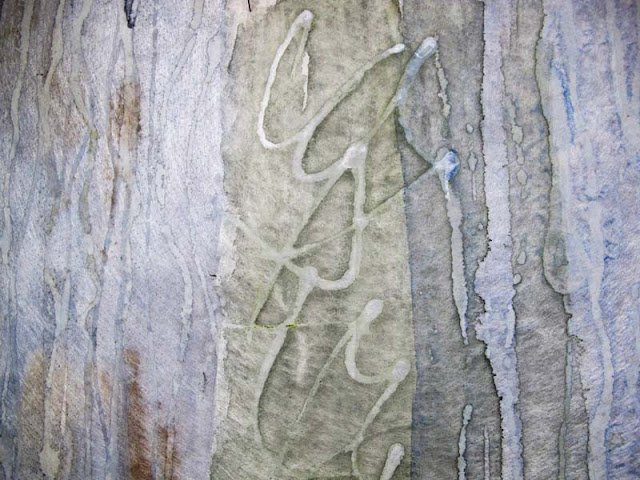