Philadelphia - A Sense of Place

Bet you thought I had finished posting about last weekend's venture to FiberPhiladelphia. Not quite. There are two last posts regarding A Sense of Place which was displayed at the Philadelphia Art Alliance. Curated by Bruce Hoffman and including such artists as Marian Bijlenga, Marcia Docter, Pat Hickman, Ke-Sook Lee, Amy Orr, Barbara Lee Smith, Wendeanne Ke`aka Stitt and Bhakti Ziek, it seemed like the right exhibit to end my trip with. And it was. 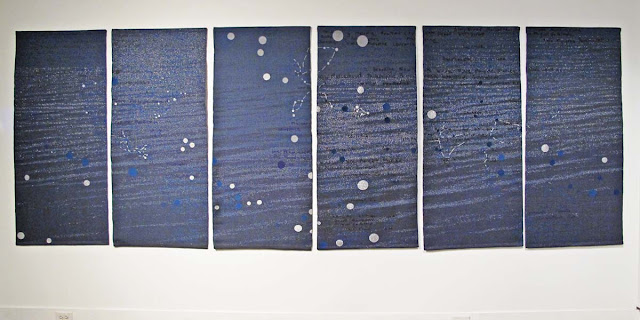 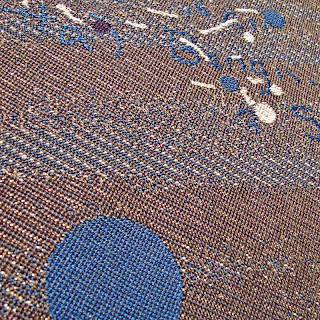 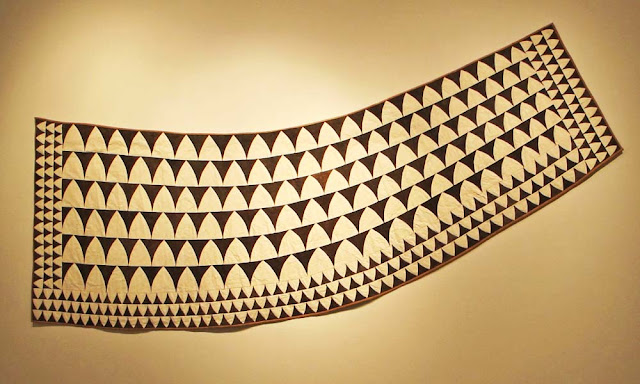 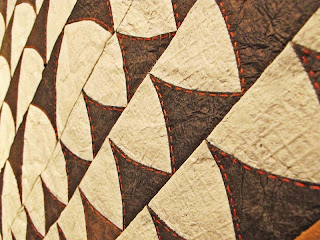 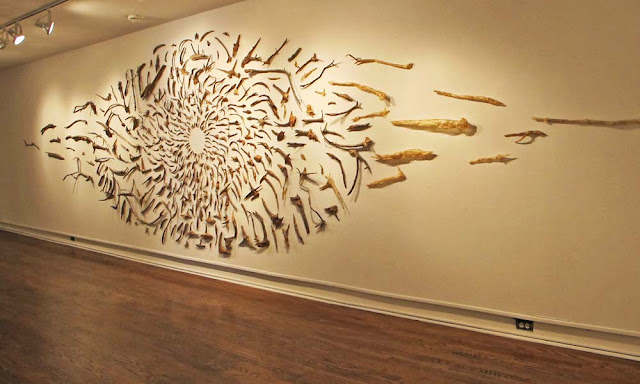 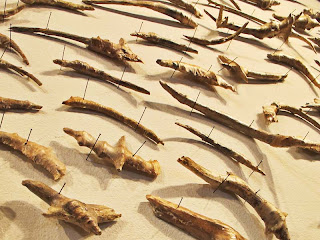 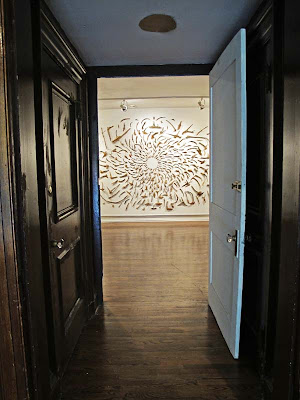 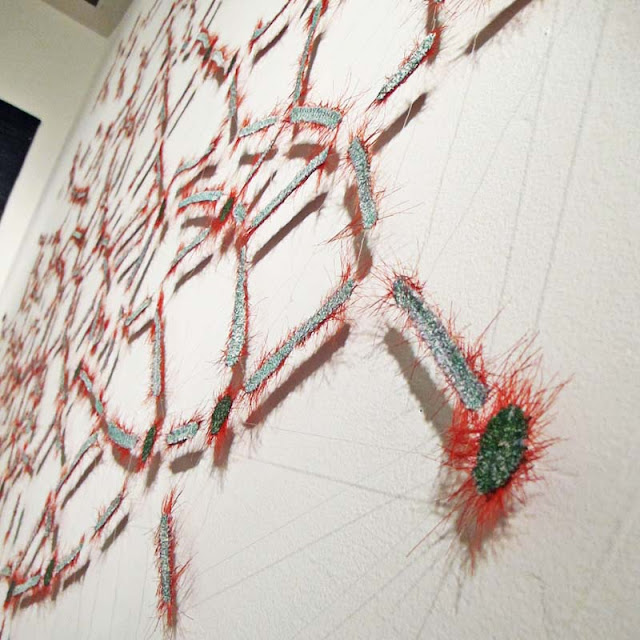 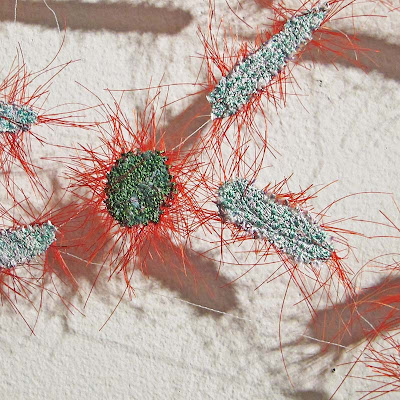 Some of the installations were difficult to photograph, like Ke-Soon Lee's and Marian Bijlenga's above. Marian's work is quite intriguing, however, in the full shot that I took, the shadows were more prominent than the various sections, hence the two detail shots.

I've been lucky enough to see Marian's work several times and always stand in amazed awe - slack jawed and hoping that I'm not drooling. Yes, just as I was when viewing Jason Pollen's 48 Prophets. There's a playfulness that is infectious. I always walk away from a Marian Bijlenga piece feeling light, happy and ready for anything.