I recently received my sketchbook for The Sketchbook Project. 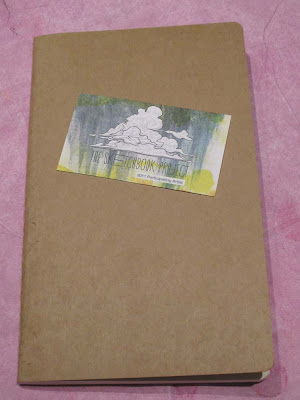 The Project first came to my notice last year because several artists whose blogs I follow are participating. It looked like a fun project so I visited the web site several times intending to sign up, but each time two things stopped me. The first is that it's a sketchbook and, well, drawing/sketching is not my forte. The second is that each sketchbook has a theme. Participating artists can choose from a list or opt to let the powers-that-be select the theme.

A couple weeks ago, after once again viewing an artist's "sketches" I resolved to sign up. So...there I sat, hands on the keyboard, eyes on the list of themes, feeling totally perplexed. None of the themes jumped out at me. Ten minutes later found me in the same position. A few seconds later, caution was thrown to the wind and I hit the "random" button. The fates could chose. 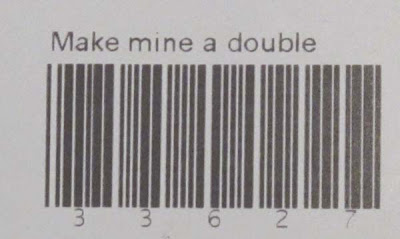 Make mine a double, as you can see, is my theme. When I saw the label, I laughed. My first thought was "How did they know that I have twins?" which was quickly followed by "No. Wait. Maybe we're talking drinks. Make my a double."

The rules state that "the themes are supposed to be a starting point, not a restriction, so don't feel smothered by it." I've decided to play on the "double" part of theme and actually do two sketchbooks. The original will go back to the Project and on to the Brooklyn Art Library. The other will remain with me.

Right now I'm working on backgrounds. Here's what I've done so far. The smaller sketchbook on top is The Sketchbook Project one while the larger one on bottom is mine. 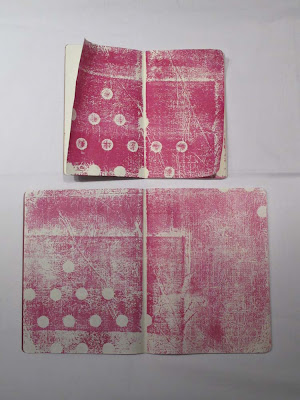 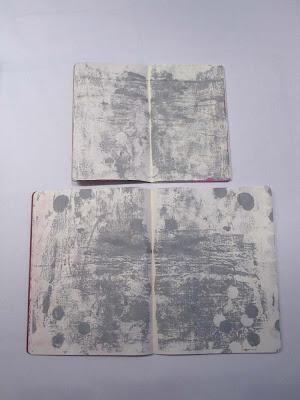 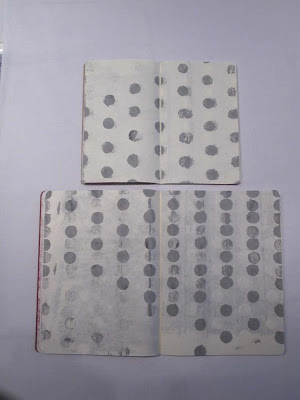 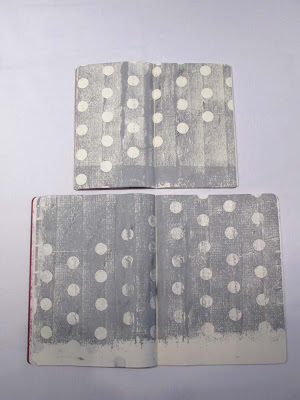