In 1998, John and I biked through England for two weeks. In truth, John biked while I mostly pushed my 70+ lb bike and loaded panniers up the many mountains we traversed to/around the Lake District.

One of the towns we were to spend a night in before continuing on our way to Scotland was Hawkshead. It was such a heavenly little village that we ended up staying for 3 or 4 days and that's how we discovered Grizedale.


A working forest with miles of hiking trails, its site specific art made from materials found in the forest caught our interest. 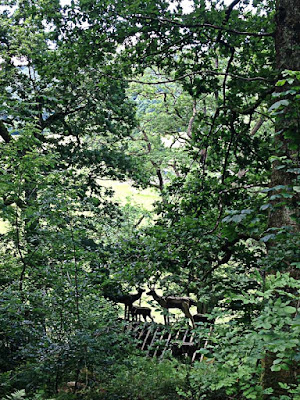 Art was created with the expectation and  intention that a some point, Mother Nature would reclaim it.


John and I hiked the trails, noticing small sculptures by the paths. It wasn't until later that we realized these were markers placed near the path to indicate art in the woods. 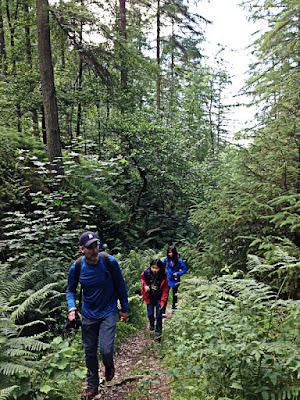 We returned the next summer for two weeks of hiking. Grizedale was at the top of our list of places to visit. I don't remember if we covered the full art trail in one day or two,


but the magnificence of the installations, the appropriateness of placement, material and impact has stayed with us. I often considered applying for a residency to create my own installation, but never did.


Nearly 20 years later, we brought our daughters to see this favored spot.

There are new pieces, such as Romeo. 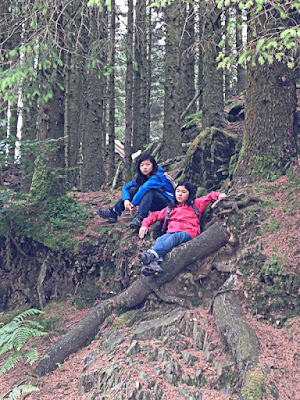 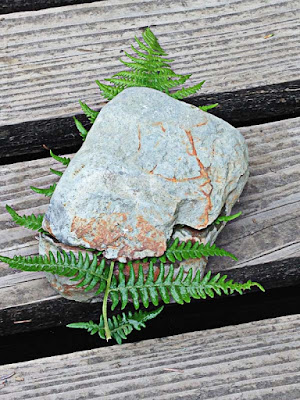 My first introduction to Andy Goldsworthy was his Taking a Wall for Walk. Now practically invisible midst huge ferns, the stacked stone wall weaves its way through the forest and trees.


In 1999, the fern garden was a grassy meadow with a stone wall meandering through it. 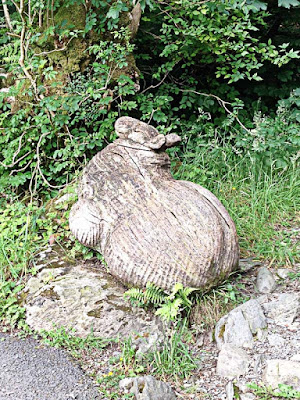 This sheep is one of several that we saw on our last visit. Many are now unrecognizable as being other than a large bit of wood. This little fellow has weathered well. 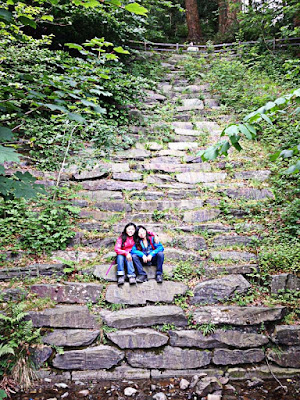 Near the visitors center is one of my favorites, Ancient Forester 2. When we entered Grizedale and passed by this gentle giant, I stopped to say hi. I stopped again as we departed, to say goodbye and to thank for forest for another memorable day.
Posted by Jennifer at 12:34 PM
Labels: Grizedale, London