Ann Hamilton's The Event of a Thread

I ventured into New York yesterday for Ann Hamilton's The Event of a Thread
at the Park Avenue Armory. 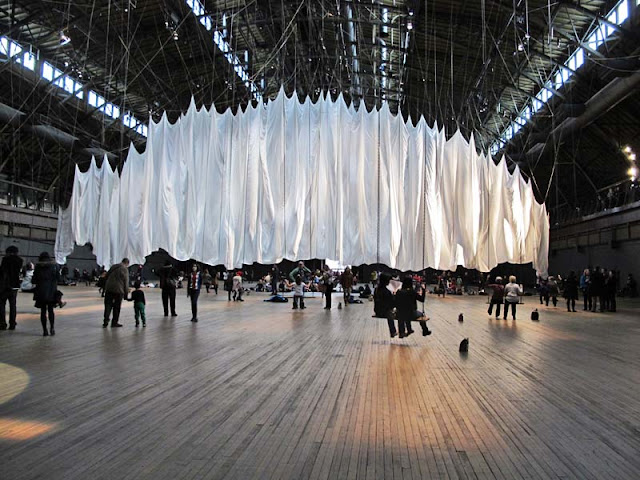 One step inside the doors had me stepping aside to let others go by while I just stood
and took in the massive curtain of movement installed in the middle of the hall. 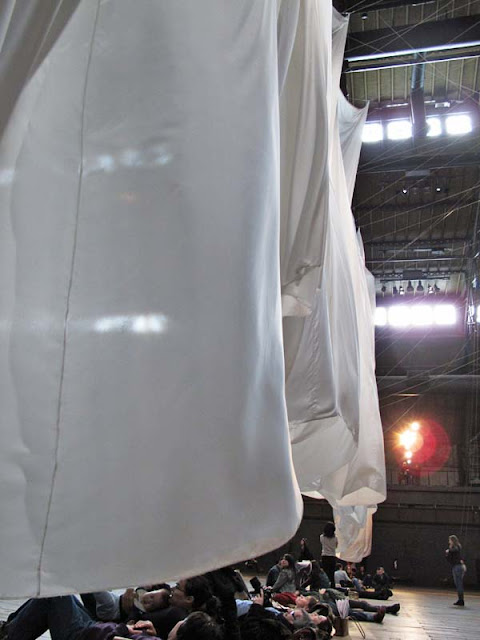 After a few minutes, I wandered through the people and swings to take a seat at one end. 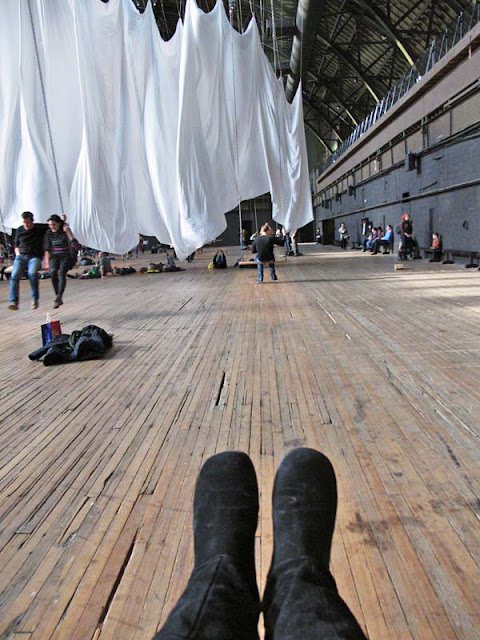 And then a swing became open. 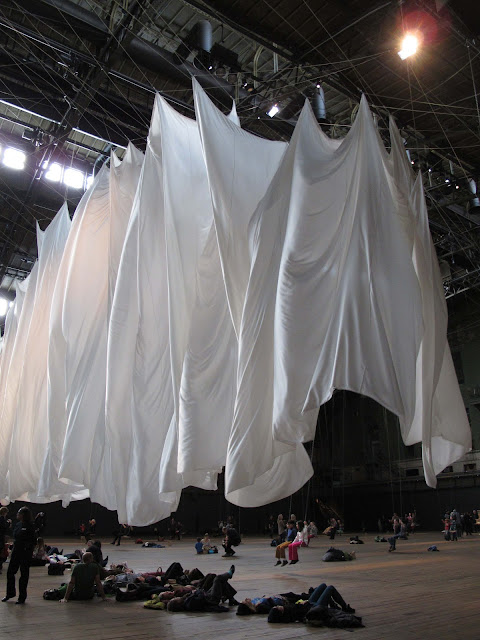 There were lots of families with little ones, so I soon relented my swing and walked around. 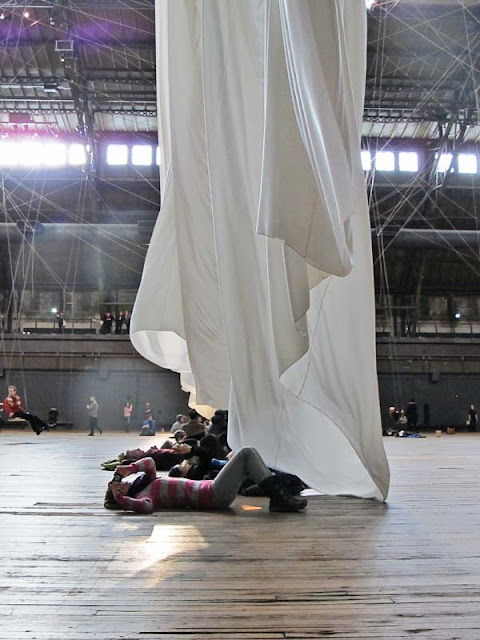 While some stood, some swang (swung? swinged?), others lay on the floor beneath the curtain.
Yes. I did as well. Those photos will come too. 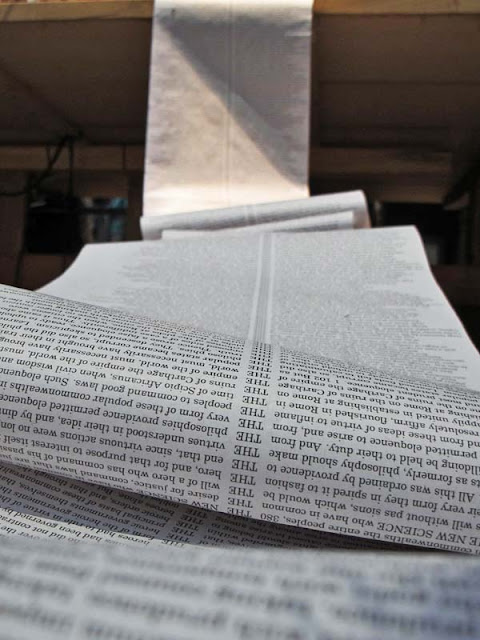 There were two readers at one end of the hall. The reading material was on roll beneath their table 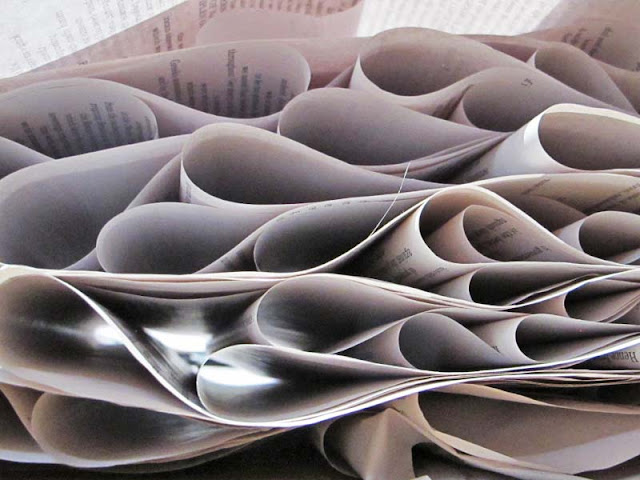 and as they slowly read, the paper piled up on the floor in front of them. 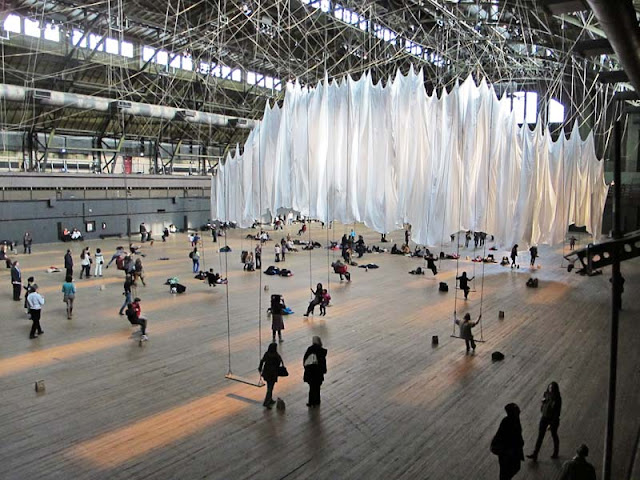 I finally noticed that the upstairs section of the Armory was open.
Up I went to get a better look at 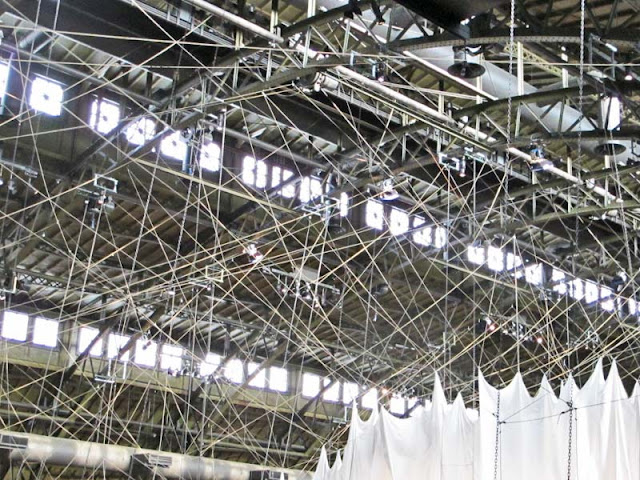 the extensive and elaborate pulley system. 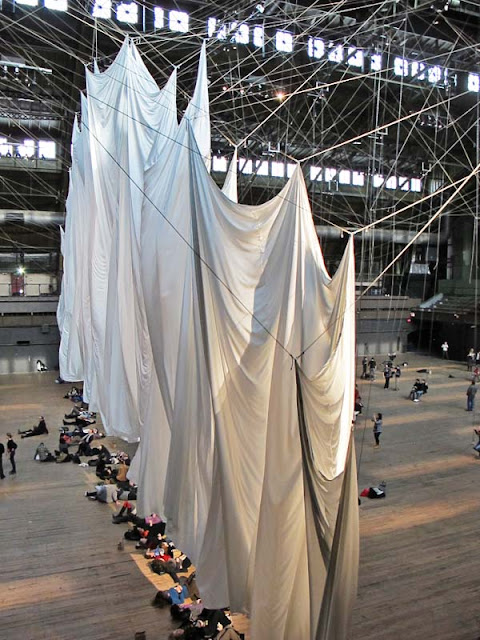 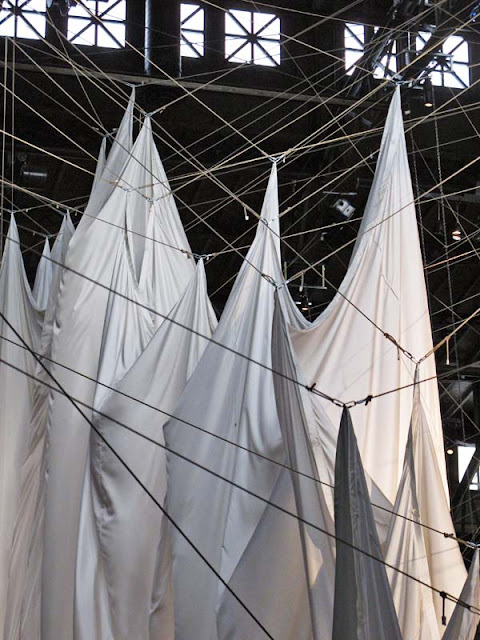 The tips of the curtain were mesmerizing. 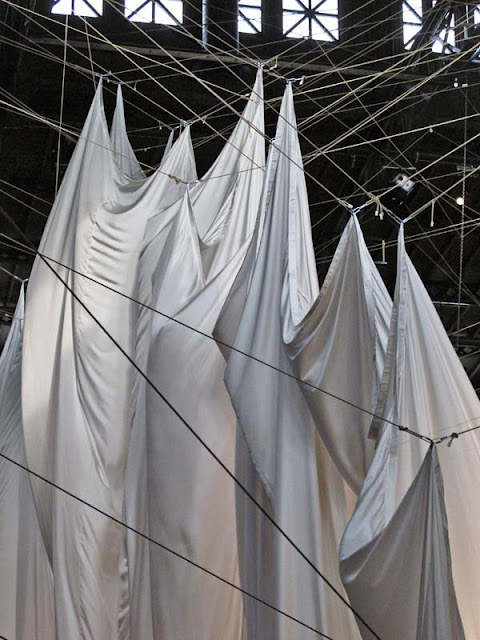 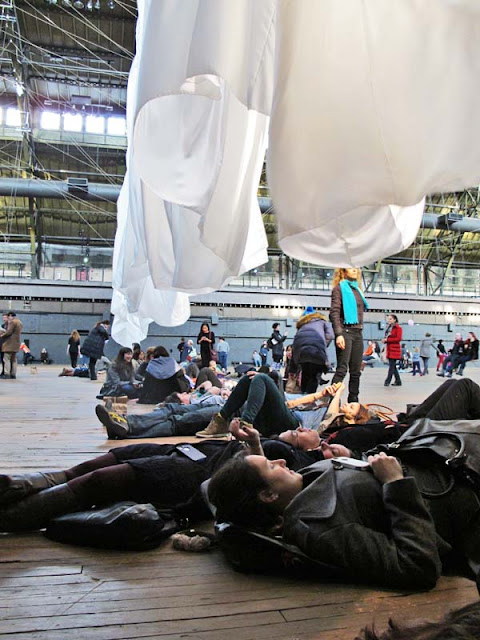 Eventually, I went back downstairs and lay down again. This time on an end to watch and be.
I spoke with Pam and hadn't the words to describe the sensation...still don't, not quite.

2+ hours, 400+ photos and 17 videos later,
I tore myself away and walked back to Grand Central Station...looking at the world a bit differently.
Noticing movement everywhere. Noticing beauty. Noticing art. Noticing life.
Posted by Jennifer at 5:44 AM
Labels: Ann Hamilton, The Event of a Thread