Half the air in a given space

I'm in Cleveland, Ohio this weekend to take a botanical alchemy workshop with India Flint. I'm expecting the workshop to be fun, a bit of hard work, interesting and maybe even a tad enlightening. To be honest with you, the workshop is going to have to be pretty special to be the highlight of the weekend though. I know. I know. I hear the groans. How could I say that, right? Well...

The Cleveland Museum of Art has an exhibit in the Glass Box in the East Wing that is not to be missed. Martin Creed's Work No. 965: Half the air in a given space is a room filled with purple latex balloons.

The title points to space and air manifested as breath and volume. “It is important to me,” says Creed, “that the situation is normal, that, as usual, the space is full of air; it’s just that half of it [is] inside the balloons.” With the balloons above and below the viewer’s eye level, the mass is neither impenetrable nor heavy; rather, it coexists with people.  [from the CMOA's web site]

After reading about the exhibit and seeing the photos, I set off for the museum. Once there, seeing how big the Glass Box is - 3 sides are glass, one is concrete - seeing the mass of purple balloons in the room, seeing how dark the middle is, thinking that it must be nearly impossible to move or breath or see midst the balloons and hearing the docent tell other visitors that if they are claustrophobic to rethink going in or to stay along the window walls...well, I reconsidered.

I stood there, watching others quickly slip in and become lost in the balloons. Their shouts to each other could be heard as could their laughter. Their progress could be followed by watching for the displacement of balloons.

Still...I stood there...thinking...wanting to go in...feeling it impossible...what if a panic attack set in...what if...what if I left the museum without having experienced this room full of purple balloons? Would I regret it? Yes.

Remember my mantras? Just do it. Focus. No fear. Yes. They came in very handy yesterday.
Pam - you know what else I was thinking. After Tuesday, this was a piece of cake.

So, with camera in hand and arms extended over my head as instructed, I quickly slipped into the exhibit. 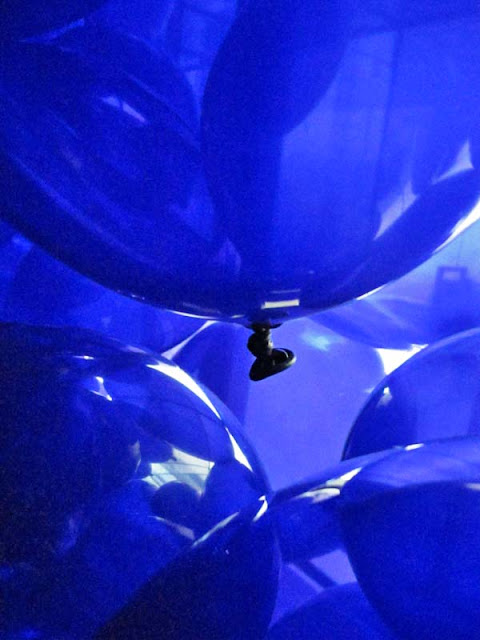 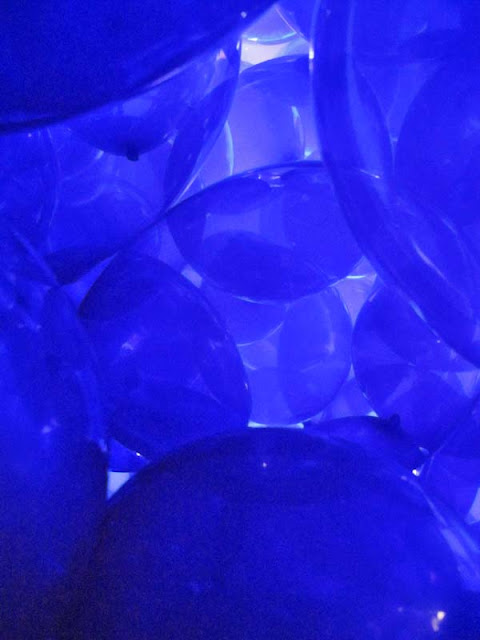 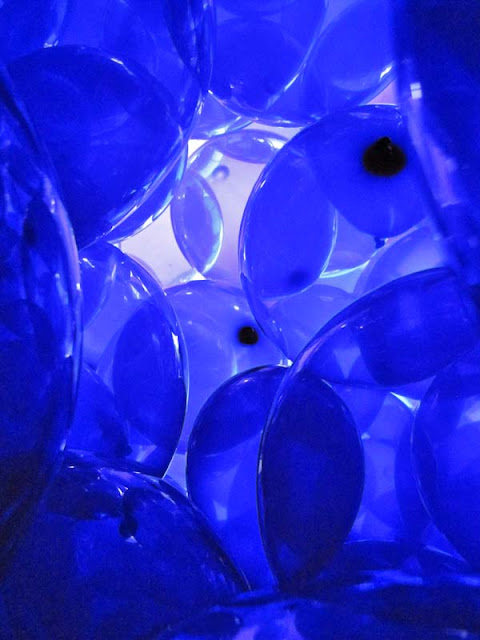 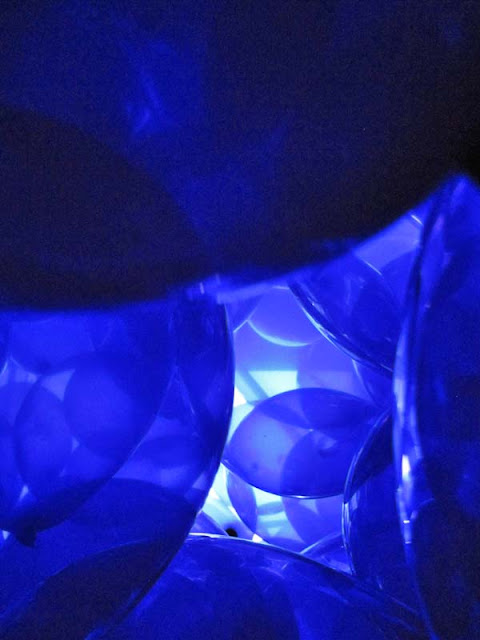 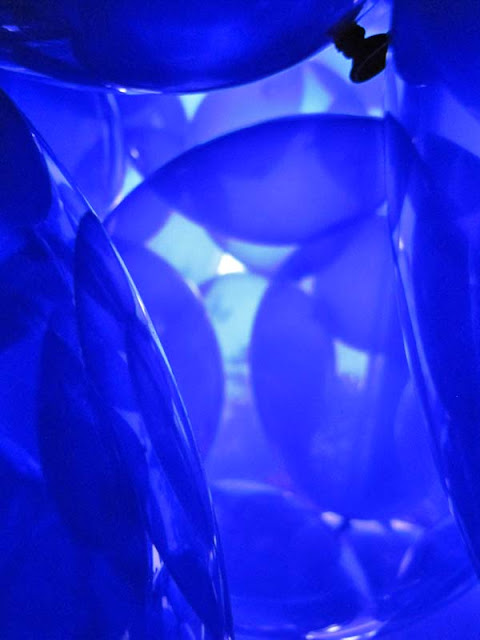 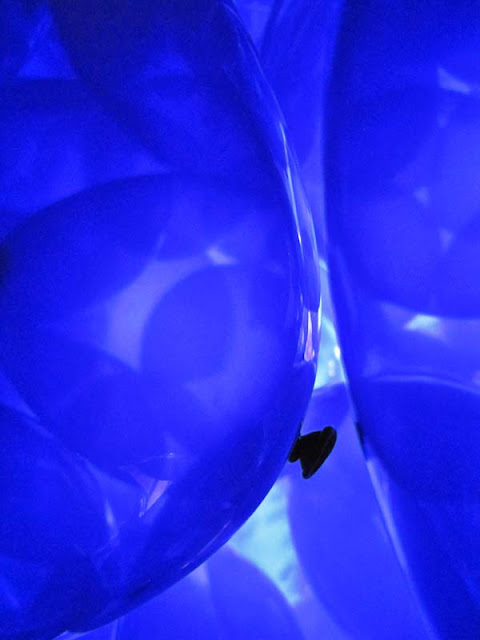 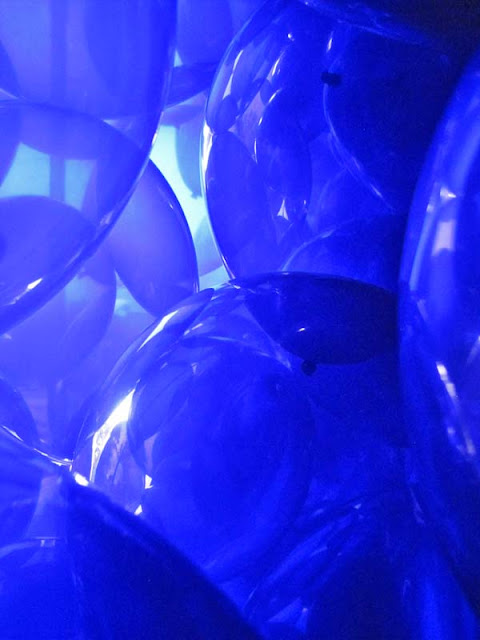 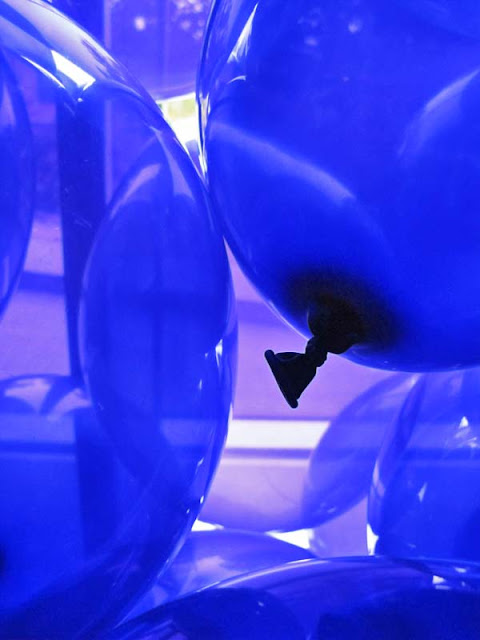 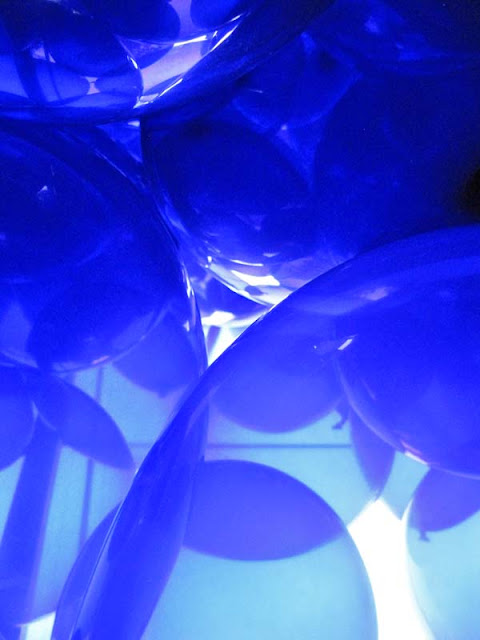 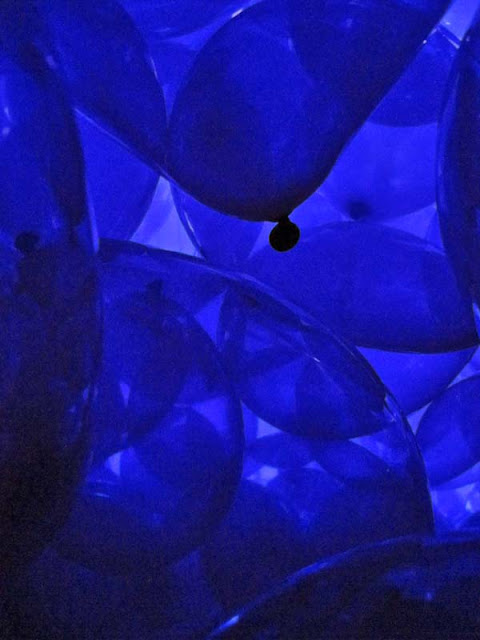 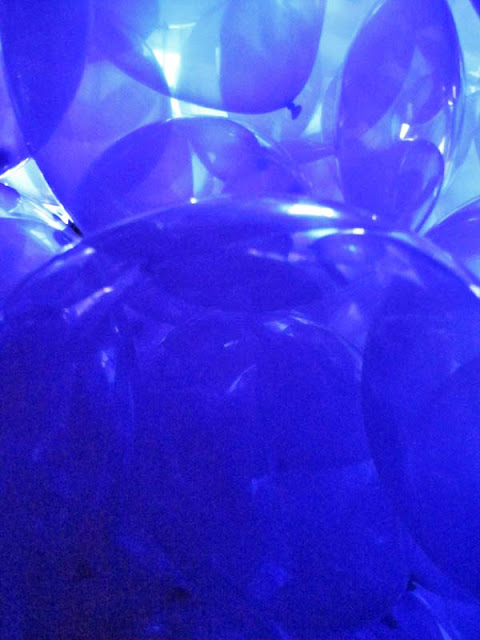 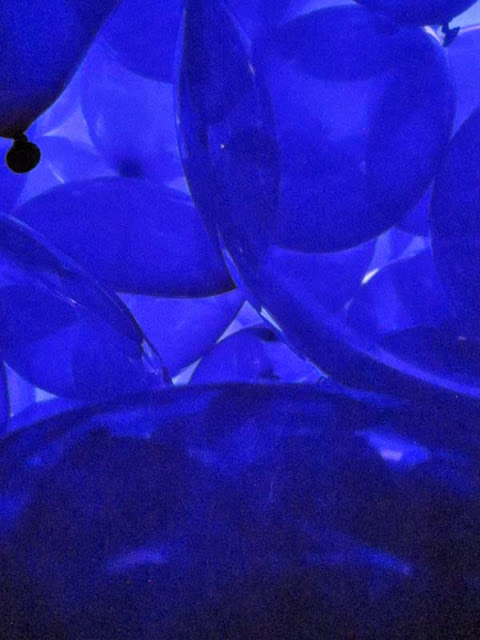 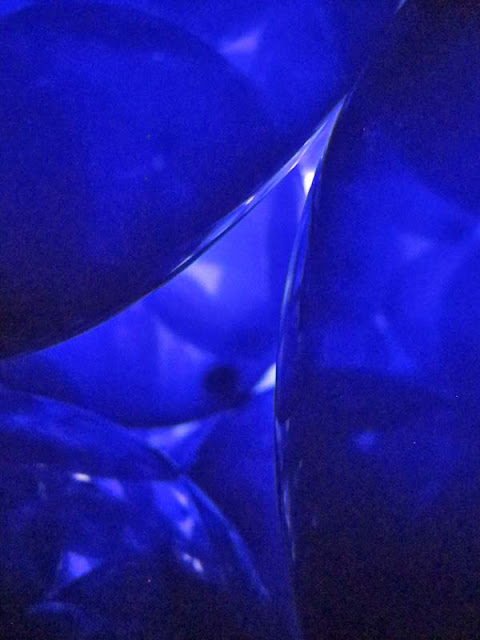 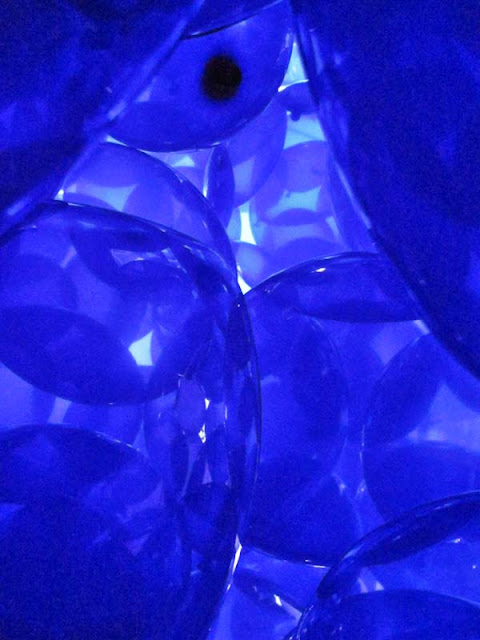 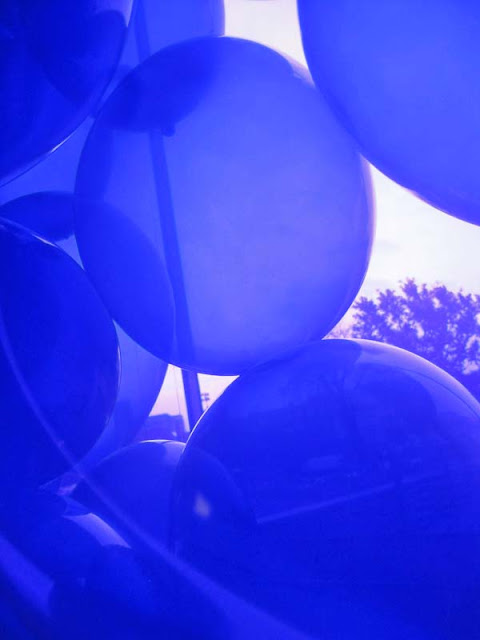 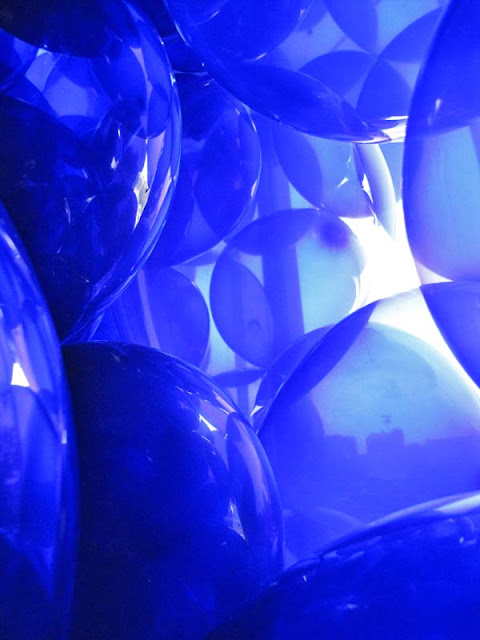 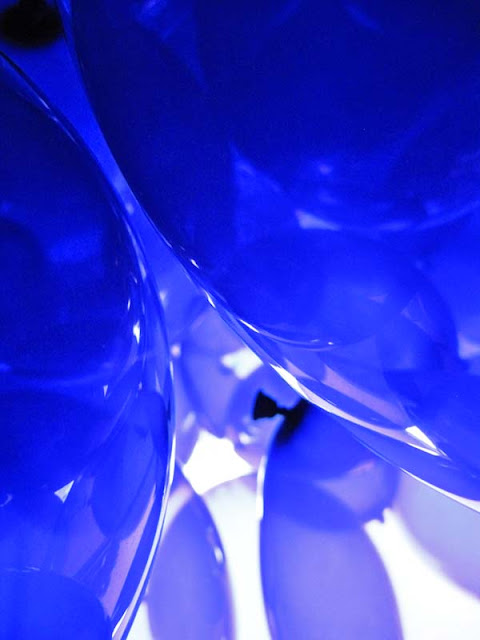 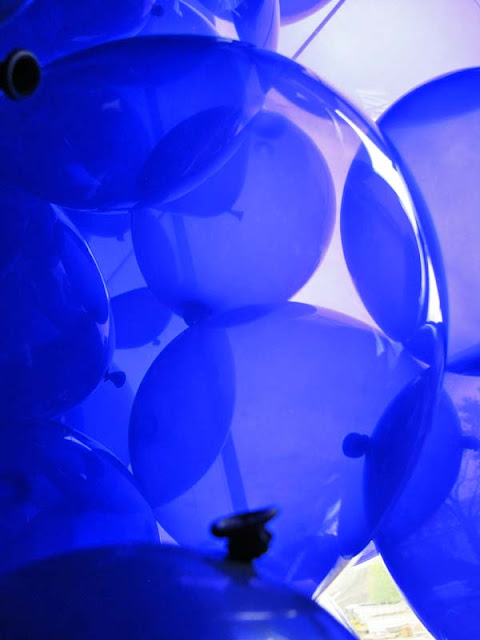 Honestly, once in and taking photos, it was such a thrill! The sensation of being encompassed by balloons...by air, yet being able to simply push the air out of your way, being able to see through the layers of color...aah it was exquisite. Every now and then, I'd switch the camera to video. Should one be posted later? Let me know.

This...this simple room half filled with balloons that covered my head and encompassed my body is the highlight of the weekend. Sorry India, but it is.

Now, time to get ready for the workshop. Wonder how late the museum is open on Saturdays? Might just need to go back to play.


Posted by Jennifer at 5:44 AM
Labels: Cleveland, focus, just do it, no fear, what if