It's been a week of what if's in the studio. Major what if's. Breakthrough what if's, in fact. Yep. It's been that kind of week. 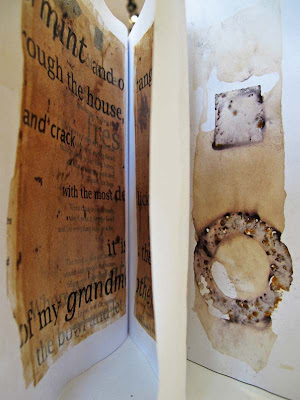 My Morning Tea, my sketchbook for the 2013 Sketchbook Project, is nearly finished. Just need to think about the cover design and what blurb about myself to put in back. 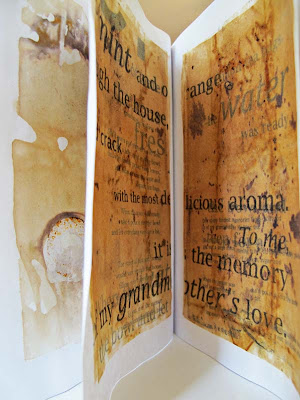 The pages...spreads really...alternate between marks and text. The marks are made of tea and rust using the tea bag my morning tea was brewed with on any given morning. The text is a memory from childhood regarding tea. More about the sketchbook once it is complete.

Pam's tip about ironing the tea bags on freezer paper to run through the copier worked so well with the tea bags that it was impossible not to try on...hmmm... 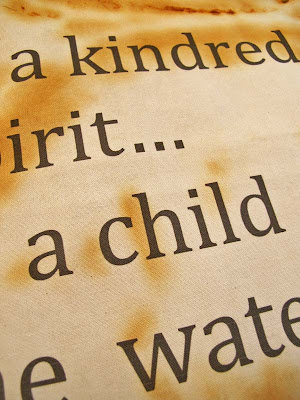 a piece of rusted cotton or 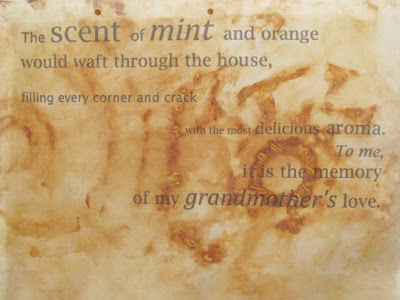 rusted silk organza.
[this is the breakthrough part, in case you're wondering]


Given organza's translucent qualities, it just begged for further exploration, don't you think? 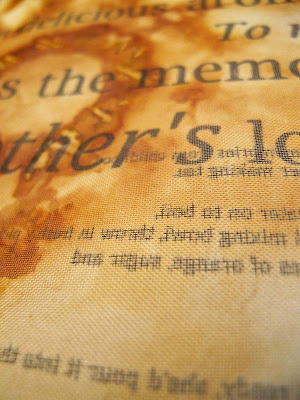 I did. A second printing was called for. 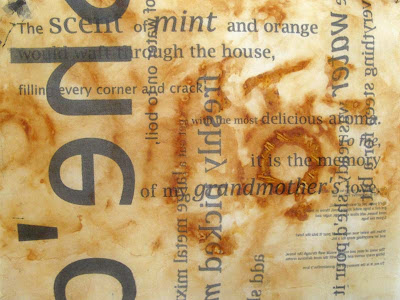 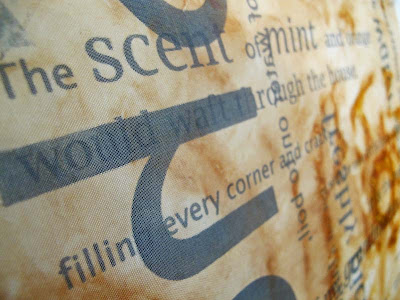 It needed turning this way 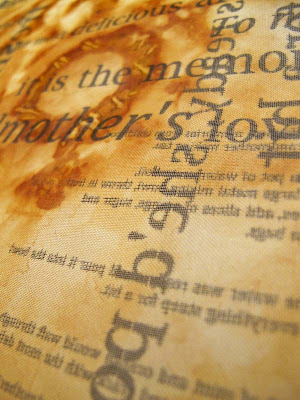 And then the tea bags were calling too.
They wanted to play with a canvas.

It became a bit of balancing act, needed turning this way and that,
needed a bit added here and a tad added there. 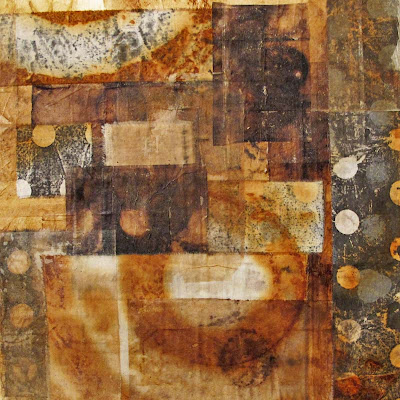 In the end, all was right. A good balance of tea bags and rusted mono printed cotton.
And then...yes there's more...

A friend emailed to ask if I'd like her stash of DMC threads on a spool. She's moving and lightening her load in the process. I said I'd be happy to have them and promised to put them to good use. I'll admit my mind latched onto DMC threads and so was picturing DMC floss. What arrived yesterday from Joan was far more delicious than cross stitch floss! As I unpacked the box - oohing and aahing all the while - the patterns of the wrapping caught my eye. I'd never noticed how beautiful spools of threads are.

Thank you Joan for the wonderful threads! One spool has already taken a good long soak in green tea with a rusty bit or two for company. It's now resting, airing itself in the studio.

At the end of partial week 2 of kindergarten, I can safely say that my brain cells are beginning to work again. And holy smoke Batman! does it feel good.