This is the story of Esmerelda.

Once upon a time there two artists who were friends. They lived in the same state, were part of the same art group, enjoyed each other's company and generally had fun together. All was well in the state known as Virginia, located very near to Washington, DC. Then, one fateful day, one of the friends moved far away. To Oz, in fact.

There in the store hung the most wondrous mermaid...made of glass, wearing indigo shoes, a starfish on her forehead, arms outstretched to guide them through the water, and shimmering gossamer wings. Wings? you ask. Yes, wings. 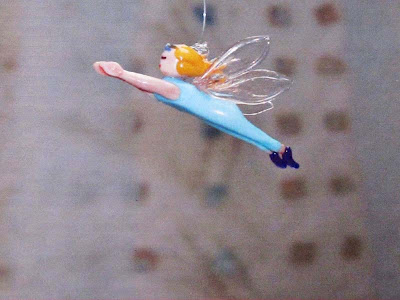 You see, Esmerelda is no ordinary mermaid. 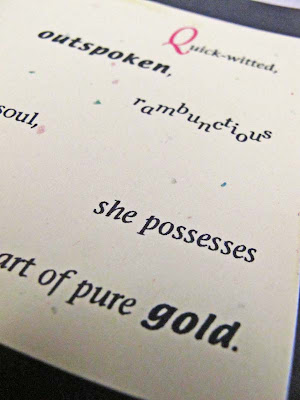 Esmerelda is a seeker, an explorer, a storyteller. 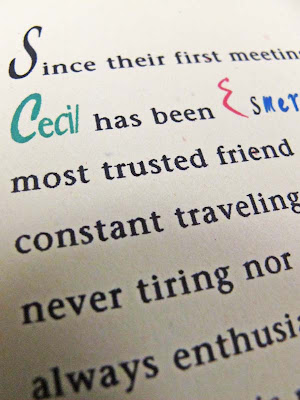 In her travels she met Cecil, a starfish with 6 tentacles, who became her most trusted friend and companion. 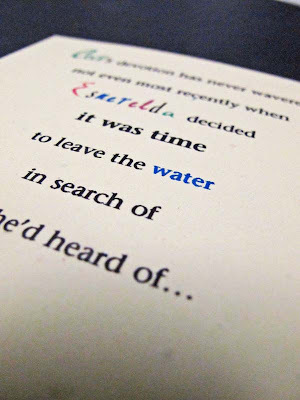 Cecil was with Esmerelda the day she decided it was time to leave the waters in search of one she'd heard of. 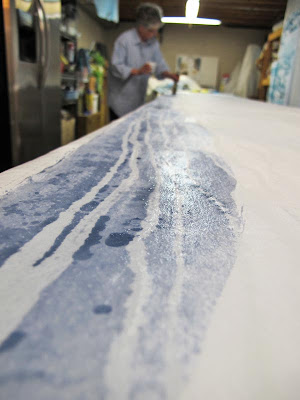 One who lives above the waters.
One who possesses such mystical powers
as to be able to transform
whatever She touches into Water. 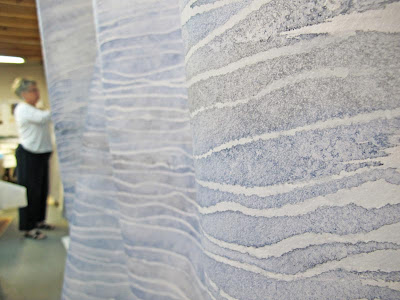 Water that is High Art. 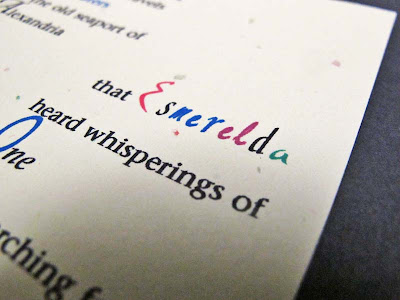 Esmerelda knew to the core of her being that this was The One to tell her stories to for She possessed the power to turn Esmerelda's water stories into High Art.

Yet seeking out The One, The Water Mystic, would bring great change. For living above the waters meant exchanging air for water, 2 legs for 1 tail, wings for flippers, settling down for roaming the world.

Esmerelda embraced the change as did Cecil. They had heard that The Weaver was friends with The Water Mystic and so made sure to cross her path. Few would have recognized them for what they really were, but The Weaver did and gladly sent them on their way to her friend as a gift that Christmas. 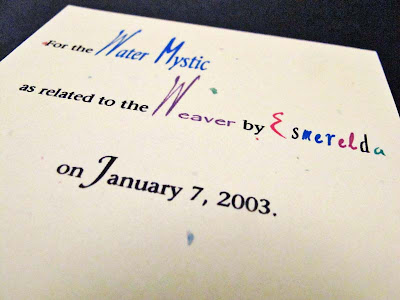 Well...that New Year actually, for first she had to record their story.

The Water Mystic welcomed Esmerelda and Cecil to her home. They immediately settled upon the studio as the best spot to relate their stories and to view the water. 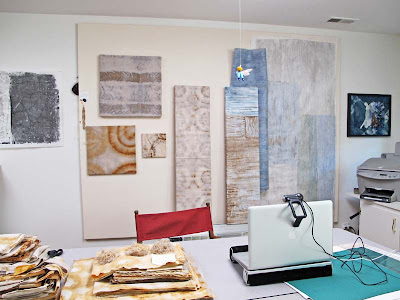 It's cause for much merriment and celebrating all round when The One Previously Known As The Weaver visits...we call her The Rust Junkie now. Esmerelda spins and dances from her most excellent perch. Poor Cecil gets quite dizzy at times, but wouldn't have it any other way. 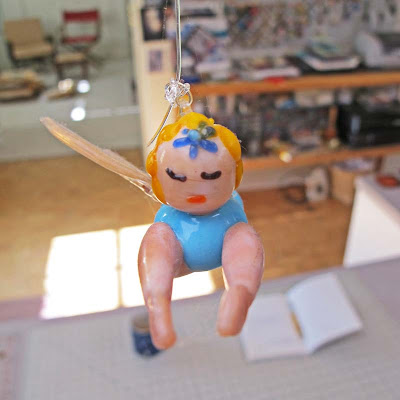 During one of Esmerelda's more exuberant celebrations, she managed to lose a wing. And that's just fine with her...and a story for another day. After all, muses do not need wings to fly.
Posted by Jennifer at 7:06 AM
Labels: artist retreat, Cecil, Esmerelda, muse, Pam, storytelling