I was a basketry artist for 25+ years. Started out weaving traditional, functional baskets and ended with very contemporary, abstract studies of color and texture. While I mostly created wall pieces, there was the occasional room screen.

Below are two photos of some of the last weavings I created. They were for the 2008 New Member Show at Silvermine Guild Arts Center. Eight artists were juried in in 2007 and I was among them. 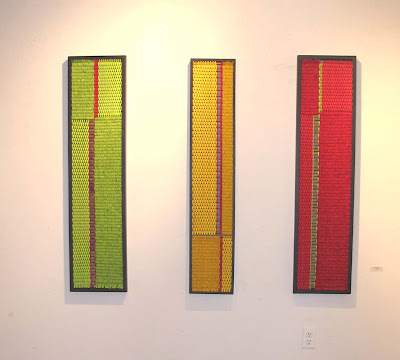 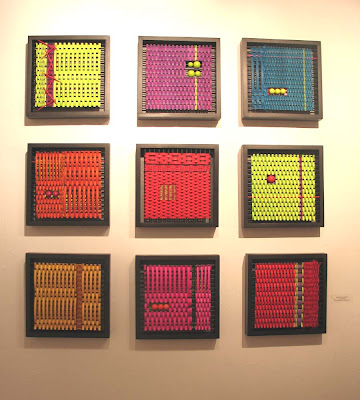 Looking at these photos now makes me realize just how much change occurred in my life and in myself in the past few years. It's as if these were constructed and woven by another person. And...they were. I hadn't become mother of twins at that point in time, nor had I figured out what it was I really wanted to do art-wise. I'm still figuring that out, but have a much better idea of what the answer is now. Life is good.
Posted by Jennifer at 7:44 PM